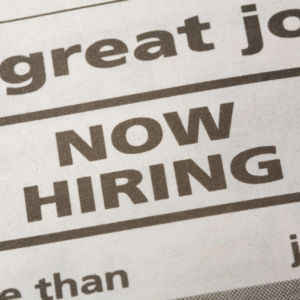 Why We Need a New Focus on Work

Today, the US Census Bureau released its annual report on poverty and income in the United States. The poverty rate, which reflects data collected from a sample of households in 2015, declined a full percentage point and is at its lowest rate in 7 years. Although this is welcome news, we still have reason to be cautious. A larger share of Americans remain poor than before the recession started in 2007, even when factoring in all non-cash and tax-based government transfers. Over time, government programs have made progress by relieving the material hardship of poor Americans, but too few are getting ahead without government aid. Our government programs should help more people become self-sufficient. But to do this, more people need to work.

With unemployment at historic lows, one might conclude that work is not the problem. Wages must be too low or government benefits too stingy. But the unemployment rate can be misleading. It masks other serious structural problems that directly affect poverty. Too many workers remain underemployed and far too many are out of the labor market entirely.

This is the primary challenge facing our country today, as Nicholas Eberstadt recently wrote. Both labor market participation (those who are working or looking for work) and employment rates (percent of total population who are employed) are well below where they were in recent years, which can’t all be blamed on demographics and the business cycle. The last two years in which the unemployment rates were as low as they are today (2000 and 2007), almost 84 percent of prime-age workers (25 to 54) were in the labor force. Today, that rate is only 81 percent.

This lack of work directly impacts the poverty rate. In a recent report, I found that most poor working-age people do not work at all, and the vast majority of them are not even looking for work. A small fraction of prime-working age people in poverty work full-time, full-year, which means that for most, the lack of a full-time job, not low wages, seems to be the primary driver of poverty.

Fortunately, no shortage of ideas exist on how to improve America’s work problem. Reforms to disability-assistance programs, tax policies to induce employment (for example, child care tax credits, paid leave, or EITC expansions), apprenticeship programs, as well as job growth strategies, could all be part of a national strategy to increase employment and reduce poverty.

It might be too much to ask of federal lawmakers to pass such a package in today’s political environment. But they could make it easier for states to experiment through pilot programs. Some version of Speaker Paul Ryan’s Opportunity Grant pilot proposal could give a handful of states the funding and flexibility to test different approaches. Combined with rigorous evaluation requirements and strong accountability measures, it could foster a new wave of reforms.

Today’s release usually earns a few days of needed attention on poverty in America. Let’s hope that it also serves as a call to action.

Angela Rachidi is the Rowe Scholar in Poverty Studies at the American Enterprise Institute. She wrote this for InsideSources.com