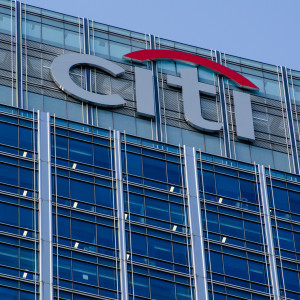 Counterpoint: Why We Shouldn’t Bring Back Glass-Steagall

On the second myth, the scapegoats included National City Bank and Chase. For instance, Sen. Carter Glass used Chase as evidence, as it first lent $15 million to General Theaters and Equipment (GTE) to buy Fox Motion Picture Co. in 1929. Soon after in 1930, Chase securities underwrote $23 million in stock and $30 million in debentures for GTE, which used some of those proceeds to repay a loan. In distress, GTE sought an additional $30 million in debentures the following year, before the company went bankrupt.

However, a 1994 study in the American Economic Review found evidence to the contrary — that the public understood this conflict of interest, which resulted in commercial banks that dealt securities prior to the Great Depression tending to underwrite high quality assets. These banks tended to do better during the Great Depression.

Just as National City and Chase served as scapegoats to justify Glass-Steagall, Citigroup serves as a scapegoat for those who advocate bringing back Glass-Steagall. In that view, the Banking Act of 1933’s repeal through the Financial Services Modernization Act of 1999, or the Gramm-Leach-Bliley Act, sparked the crisis of 2007-09. This allowed Citigroup to operate commercial bank and securities dealing subsidiaries through the parent bank holding company. But clearly most firms that went under during the crisis were not affected by the repeal.

To understand the recent crisis, a 2012 study by the Federal Reserve Bank of Philadelphia showed why structured finance collateralized debt obligation (CDO) tranches, which are bond-like instruments, lay at the heart of the recent crisis. Created by securities dealers, structured finance CDO tranches are backed by tranches of mortgage backed securities, which in turn are backed by mortgage and home equity loans. Of the $641 billion in tranches issued, expected losses equaled $420 billion; that’s a 65 percent loss on the original amount issued.

Another recent study in the Review of Financial Studies showed that banks, including Citigroup, that were active in securitizing CDOs held the highest rated quality tranches as a sign that they stood by their product. The study found no evidence that perverse incentives or excessive risk-taking caused the crisis. By 2006, Citigroup had more than 10 percent of its assets allocated to the highest rated tranches, and about 6 percent equity capital to back its assets. With these numbers, it’s easy to see how expected losses of 65 percent could wipe out a bank’s equity capital.

Protecting depositors from losses seems like a better policy objective than eliminating bank failures, but prohibiting commercial and investment banking affiliations will serve neither purpose.

Stephen Matteo Miller is a senior research fellow and member of the Financial Markets Working Group in the Mercatus Center at George Mason University.