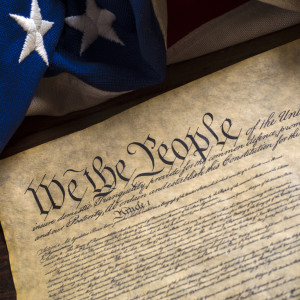 The call for a constitutional convention of the states to corral federal government overreach and budget mismanagement is now making its way through the Iowa Senate. A vote in support by 2-1 last week will move the bill through committee, with intention of bringing the resolution to the Senate floor for a vote.

Senate Joint Resolution 8 states that being that the federal government has “created a crushing national debt” through “improper and imprudent” spending, and has “invaded” the general role of the states through a “manipulative” process of federal mandates, Congress is petitioned to pass amendments for ratification by the states that both limit the federal government’s authority and impose fiscal restraints. The resolution goes on to further state that the resolution serves as an application to Congress asking for a constitutional convention, as outlined in Article V of the U.S. Constitution, in order to create constitutional amendments that impose such restrictions on the federal government. The Iowa House of Representatives passed a similar resolution during the 2017 legislative session, and if passed through the Senate, would make Iowa the ninth state to file the same petition to Congress for an Article V Convention (Georgia, Florida, Alaska, Alabama, Tennessee, Indiana, Oklahoma, and Louisiana).

The resolution is a canned-copy text, authored by the American Legislative Exchange Council (ALEC) for ease of drafting among states, as well as for ensuring that all resolutions are the same in their textual content. According to Article V of the Constitution, there are no specifics about which petitions Congress can accept calling for a constitutional convention, just that 34 total states need to submit one. However, there is sentiment among those interested in calling a convention that in order to accrue the amount of petitions needed for a convention, they all must be written the exact same way. However, according to Walter Olson, senior fellow at the Cato Institute’s Robert A. Levy Center for Constitutional Studies, because of the vagueness of the language of Article V, Congress has discretion when grouping petitions, as there are still petitions for convention regarding prohibition on file with Congress.

Chair of the subcommittee for Senate Joint Resolution 8 Jason Schultz (R-District 9) wasn’t available for comments regarding the intents of the legislature in the event of a constitutional convention under Article V, however, much debate has been had on the issue, with both supportive and unsupportive arguments coming from both liberal and conservative points of view.

With a constitutional convention unprecedented in American history since the one had in Philadelphia in 1787, not much is known about the possible outcome of one in the 21st Century, especially since the framers of the U.S. Constitution violated the Articles of Confederation in drafting the Constitution, according to Professor of Law at Georgetown David Super.

Still, liberal activists like Harvard Law’s Lawrence Lessig (a Democratic candidate during the 2016 presidential primaries) and conservative activists such as Mark Meckler, co-founder of the Tea Party Patriots and current President of Citizens for Self-Governance (an umbrella organization that supports Convention of the States Action, an organization generating support for an Article V convention), see a convention as the only way to address the modern American political system of polarization and budget mismanagement. Lessig has previously called for a convention under Article V in order to amend campaign finance law, while Meckler has called for a convention to address federal overreach. The two argued their support at an Intelligence Squared U.S. debate, stating that a convention would be the only way to fix the legislative problems in the country.

Olson, argues that the Constitution has flaws and supports amendments to corral the federal government, but also argues that calling a convention is “dangerous and uncharted.” While the ALEC resolutions supported by the states aforementioned directly state that an Article V Convention must only focus on the amendments related to budgets and government overreach, Olson argued in his debate and his blogs that there is no literal requirement that a convention can only remain in one realm of policy, and that there is no language about assigning representation to the states.

Still, many liberals and conservatives alike argue for a convention in order to address the lack of change that elections are believed to traditionally bring, and say that the outcomes of a convention outweigh the possible backlash.