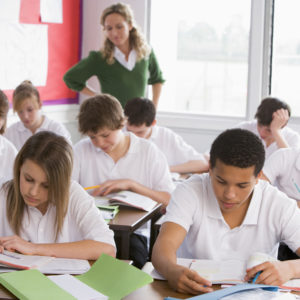 “Teachers unions have done more to advance school choice this year than anyone could have ever imagined,” says Corey DeAngelis, Director of School Choice at the Reason Foundation, and his views are echoed by education reformers both here in New Hampshire and across the nation.

Teachers unions continue to defy both the data and the demands of desperate parents and continue to fight to keep classrooms closed in many school districts around the country. From Chicago to Fairfax County, Va. to Nashua, N.H. their actions have sparked both a surge of students into private schools and a public backlash. In Stillwater, Okla., parents have filed suit to force the return of traditional classroom instruction, while in Nashua, more than 1,000 parents are backing efforts to recall elected school board members who won’t vote to reopen schools.

“It’s embarrassing,” former Florida Governor Jeb Bush said on the NHJournal’s podcast. “Keeping everything shut down, there’s no evidence of it [working].”

“We are thrilled that New Hampshire could become the inaugural launch state for this incredibly important platform,” NH Commissioner of Education Frank Edelblut said in a statement. “Sal Khan is a legend in education, known mostly for the Khan Academy, which supports over 100 million students around the world. Now New Hampshire students will have access to this live support and the ability to mentor other students. It is a timely solution that addresses so many needs.”

“Through this pandemic, we have seen tremendous demand for educational options as families searched for instructional models that met the needs of their children and families,” said Frank Edelblut, New Hampshire’s commissioner of education.

In Boston, Tom Carroll, the superintendent of the city’s Catholic schools told the Wall Street Journal they’ve had 4,000 new enrollments since the summer — an all-time record. And he attributes it to parents abandoning public schools and their online learning regime.

Bush agreed. “Empowering families with educational freedom ultimately empowers students to achieve their full potential,” he said, touting Florida’s expansive school choice programs. “Parents love it. I mean, now there’s a constituency for choice. The world didn’t come to an end by all of this, the world got better for education in Florida, and it’s recognized as such by all the indicators.”

NH Republicans have proposed Education Freedom Account legislation to have funding follow students. The state portion of education funding, under their proposal, could be used for approved education expenses administered by a third-party scholarship organization approved by the state.

On average, students would have access to roughly $4,000 under the proposal. Statewide, per-pupil spending approaches $20,000.

Nearly three out of four Granite Staters support the proposal, according to a recent Morning Consult/EdChoice poll. Opponents say it will defund public schools.

“There’s this notion that somehow you’re siphoning off money for the public schools. Well, you’re empowering parents to make choices for their children just as we do with an array of government programs,” Bush said. “It saves money.”

“Now, the bureaucracy on top of these kids has to figure out ways, if they’re losing students, to become more efficient. They have to be challenged.”

While New Hampshire works to pass their Education Freedom Account legislation, parents in other parts of the country are demanding action, too.

A Loudon County, Virginia father exploded at the school board there last week, saying,  “You should all be fired from your day jobs because if your employers knew that you were more inefficient than the DMV, you would be replaced in a heartbeat.”

“Figure it out or get off the podium,” he yelled. “There are people like me and a line of other people who will gladly take your seat and figure out.”

Teachers unions continue to push back on the idea of learning in person, at least until their demands are met.

“Getting the educators in New Hampshire vaccinated is going to get the schools open quicker and safely,” NEA-NH, president Megan Tuttle told NHPR earlier this month, during an ongoing spar with New Hampshire’s governor over the teachers’ spot in the vaccination schedule. The NEA-NH is New Hampshire’s largest teachers union. “I have teachers that don’t feel safe.”

Similarly, in Fairfax County Va., the union is now opposing returning to school in-person until all students are vaccinated.

“These learning gaps are devastating, particularly for low-income kids,” Governor Bush said. “This is going to cause social strife for many years to come unless we rectify this.

“Why would we stifle millions of kids from being able to be successful in school? We’re going to look back on this and the people, the advocates, of closing are going to look really bad.”