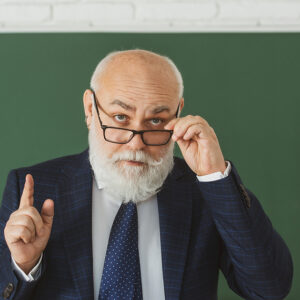 The New Threat to Higher Education in Florida

Most people misunderstand the issue of tenure. When people are clamoring for term limits for members of Congress, it seems natural to oppose tenure. After all, why should college professors have their jobs forever? And what about “woke” professors who are corrupting our children? Shouldn’t we get rid of them?

Florida’s Gov. Ron DeSantis recently signed a bill to make that much easier. The problem is: It is a threat to quality education.

Yes. There are some “woke” professors, and there are some professors who stop putting their total effort into their jobs after they earn tenure. Still, colleges and universities have systems in place for dealing with them. And in my 30 years in higher education — first as a professor and then as a dean, provost and interim president — I have rarely seen any professors indulge in indoctrinating students with their personal views, and I have only come across a few professors who stopped putting a full effort into their work. And all they needed was a friendly reminder of their obligations, and they were back to teaching their students with enthusiasm.

I have seen professors challenge students to think independently, sometimes in ways that make them break with their parents’ views. But that is not indoctrination. What some parents today identify as “wokeness” is nothing more than finding that their children no longer accept their political or religious opinions. That is just education, returning to the tradition of Socrates, who also made parents angry by encouraging his students to think independently.

The anti-tenure movement has a friend in DeSantis, who recently signed a bill into law that creates what is called “post-tenure review.” This actually exists at many colleges and universities, including those in Florida. I established it at a private college where I served as a provost. But a true post-tenure review is just about maintaining the quality and productivity of tenure faculty. And it always has been done through the academic dean or provost. It is a flawed process, as are all methods in and outside of academia. Could it be done better? Of course. But Florida’s response to this is worrisome.

DeSantis’ new version of post-tenure review puts the politically appointed Board of Governors in charge, which is clearly to control and enhance opportunities for political influence in the process. As he put it, “It’s all about trying to make these institutions (universities) more in line with what the state’s priorities are, and quite frankly of the priorities of parents throughout the state of Florida.”

This political version of a post-tenure review was implemented only days after Florida rejected 54 textbooks from the public primary and secondary schools in Florida.

The president of Florida’s faculty union reports that professors in Florida already go through a post-tenure review, but “the only missing piece … is that tenured faculty cannot be fired for political reasons, meaning that the passing whims of the latest politician in power cannot be used to harm the future of Florida’s students and institutions.”

Florida’s politicized post-tenure review is a Trojan Horse for eliminating tenure completely and establishing political control of higher education. This movement is nationwide. For example, a bill before the South Carolina legislature would eliminate tenure completely.

Tenure has already been eliminated at some institutions, and many colleges and universities are reducing the number of tenure-track positions to save money by hiring temporary, part-time faculty. But the educational process suffers when students are taught primarily by temporary faculty. They are not held to the same quality-control processes, including the requirement for research and publications. So they rarely are in the cutting-edge of their disciplines, even if they are intelligent and well-intentioned. Only tenure offers this to students.

The current movement to eliminate tenure is nothing more than anti-intellectualism in its purest form. And that always accompanies rising authoritarianism, along with attacks on the news media. Authoritarians don’t want to be challenged, and they seek to create an environment where they can become the only source of truth. As citizens, we must not allow that to happen.

Colleges and universities are not society’s enemy and shouldn’t be treated as such. The search for truth is not always comfortable, but it is something to be treasured. Our universities and news media are not “enemies of the state.”