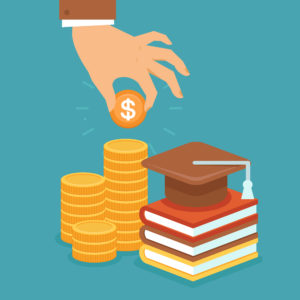 The Republican-controlled House and Senate approved separate funding increases to State Supplemental Aid (SSA) to Iowa school districts in fiscal year 2019. The House backed $32 million, and the Senate $46 million. The House must now evaluate the bill and decide whether to accept the Senate’s amended funding. The formal bill, House File 2230 passed the House by a margin of 55-40, along party lines, and passed the Senate by a margin of 29-21, also along party lines.

Democrats expressed concerns. Before passing the House, an amendment, H-8004, was voted down by a margin of 56-41. The amendment, proposed by ranking member of the House Education Committee Sharon Steckman (D-District 53) called for a three percent SSA increase, stating that current levels of funding aren’t enough meet the cost needs of schools.

Iowa Governor Kim Reynolds, as well as Republicans in the legislature, have cited that since they’ve taken control in 2011, they have been able to allocate $735 million in new funding for education. Steckman said that that figure isn’t a straightforward number, and believes that after factoring property tax backfill payments that the state pays annually as a result of 2013 property tax cut do not solely go to schools (and might be removed as the legislature formulates tax reform plans), ear marked dollars for teacher leadership, and other special use funds, and the increase in 10,000 pupils that automatically raises funding (which Steckman cited that number as making up $70 million of the funding total), the amount of new funding for schools is closer to $323 million since 2011.

“I want know what your vision for Iowa is,” Steckman said. “I ask this every year. What is your vision for our half a million kids in our state? One percent is not a vision. You cannot cut your way to prosperity.”

According to the Iowa Legislative Services Agency (ILSA), with a one percent increase in SSA funding, the aggregate tax increase, statewide, would be approximately $26.13 million. School districts can do this because of their authority to tax for funds annually that will allow them to have a “guaranteed budget.” With a three percent increase, the aggregate statewide increase in property taxes would be approximately $7.77 million.

Democrats argued in both chambers that under Republican control since 2011, the state has seen its per-pupil funding rates decline, teachers leave the state or lose their jobs as a result of funding, and had 150 building closures. Democrats cited over $300 million in tax credits to corporations as the reason why there wasn’t enough money to go around throughout the budget.

According to Census Bureau Public Elementary-Secondary Education 2015 data, Iowa was ranked fourth in the nation for funding education increases from 2008 through 2015, at a rate of 20.6 percent. However, when looking at the amount of combined state and local funding increases throughout the same span, there is only a 4.9 percent increase.

Ranking Member of the Senate Education Committee Herman Quirmbach said that the statistics that Republicans cite for education funding over the last decade are misleading, pointing to an analysis by the Iowa Association of School Boards (IASB) on the Census Bureau data. According to IASB, 75 percent of the increase in total state spending (of the 20.6 percent) was due to a reclassification of a one cent tax that established the state’s current Securing and Advanced Vision for Education (SAVE) program, which allows schools to use the money collected to perform maintenance and build infrastructure. When accounting for the fact that the one cent tax program before SAVE already gave money to schools, the growth in funding over the time period was 4.9 percent, a 0.7 percent average increase.

According to a Governing Magazine 2017 article based off of 2015 census data, Iowa was ranked 29 in the nation on spending for education at $5.56 million, and ranked 27 in the country at cost per pupil, which was approximately $10,900.

House Chair of the Education Committee Walt Rogers (R-District 60) said that even though buildings have been closing since 2011, buildings in the four years prior, when Democrats had control, were still closing even with increased SSA funding rates of four, four, four, and then two percent.

“15 years ago education was 41.5 percent of the overall budget,” Rogers said “[Currently] 43 percent is pretty much in line with where it’s been a long time. We keep hearing because of what Republicans are doing, we’re losing teachers, class size is getting bigger, but the real numbers don’t back that up.”

Last year, a 1.1 percent increase in SSA funding was agreed upon and put into place.