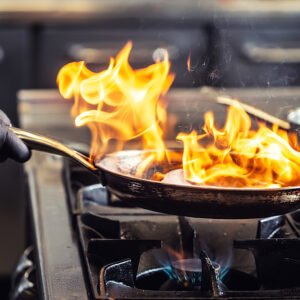 Boston’s progressive mayor is joining a national effort to ban gas stoves and other appliances from private homes and businesses built in the future. It is a climate-change policy that could soon be coming to your community.

Mayor Michelle Wu was elected last year campaigning for “climate justice” and a “Boston Green New Deal.” Wu announced earlier this month she wants Boston to participate in a pilot project allowing 10 Massachusetts cities and towns to require new building projects — both new construction and major renovations — to be all-electric.

Boston would join cities as big as New York and San Diego, and as small as Crested Butte, Colo. in banning natural gas for heating, hot water heating, and appliances in new businesses and homes.

“Boston’s participation will help deliver healthy, energy-efficient spaces that save our residents and businesses on utilities costs and create local green jobs that will fuel our economy for decades,” Wu said in a statement published by Associated Press. The only exception would be for science labs and health care facilities.

Environmental groups are applauding the effort.

“The Sierra Club commends Mayor Wu for taking this initial step to transition Boston to fossil-fuel-free buildings,” said spokesperson Michele Brooks. “With buildings accounting for roughly 70 percent of the city’s emissions, we must target new buildings as some of the lowest hanging fruit to achieve zero emissions through equitable electrification.”

Brooks went on to say the action has the potential to significantly improve indoor air quality, create healthier buildings to live and work in, and lower energy costs through increased efficiency.

“It is a win-win for the climate and our communities, and we look forward to working with the city to establish clear timelines and stakeholder engagement processes,” said Brooks.

According to ISO New England, which operates the region’s power grid, 53 percent of the electricity consumed by the Bay State comes from natural gas generation, with nuclear coming in second at 27 percent. Wind and solar combine for just seven percent, about the same as hydropower. Switching new construction to electricity simply means the gas will burn at a power plant, not on a restaurant’s stovetop.

“Doing these types of bans in parts of the country that may be cheaper or more affordable and are sunny and warm is one thing,” said Paul Diego Craney of Massachusetts Fiscal Alliance. “Boston is a cold city, and you need fossil fuels to operate, and most likely what’s going to happen is development is going to turn off pretty instantly.”

If Craney is proven correct, legislators cannot say they were not warned. Christopher Carlozzi, state director of the National Federation of Independent Business (NFIB) Massachusetts, says his members shared their concerns with state legislators and the governor’s office. They argued small businesses need access to clean, affordable natural gas, the major source of Boston’s electricity. Meanwhile, NFIB Massachusetts members are competing not just with businesses within the state, but throughout the United States in areas with lower energy costs.

Much like a science lab or health care facility needs reliable forms of energy, Carlozzi said the same should go for a business such as restaurants or manufacturers. Unfortunately, Carlozzi said the city of Boston jumped on the opportunity quickly after the bill was signed.

“This will be problematic in the city, especially for smaller businesses that may be looking to build or locate in Boston,” said Carlozzi.

People outside of Boston should be paying attention. Boston is the economic hub of New England. Which is why, Craney noted, Boston is necessary to be “kind of a powerhouse in the region to help with the economy.

“Once it starts to pursue these types of policies that restrict options for consumers and for the free market in a way that they’re suggesting, it’s going to hurt,” said Craney. “It’s going to suffer, and as a result, the region will definitely suffer.”