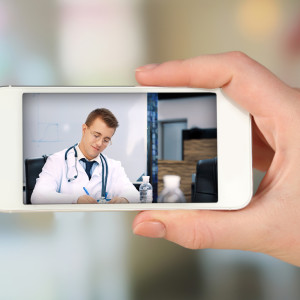 Ahead of health insurance open enrollment in November 2017, the State of Iowa, in an effort to add competition to the majority of its 99 counties that only had one insurer on the Affordable Care Act markets, developed a “stopgap proposal” that would allow that state to tweak the ACA mandates of the marketplace. The plan was viewed as a way to encourage younger Iowans to purchase insurance, as well as balance out the cost share for patients with debilitating, long term care needs.

But after the Trump administration denied the proposal, the state withdrew, leaving some counties with no insurer or only one healthcare insurer on the open market (Medica), after insurers Aetna and Wellmark Blue Cross Blue Shield decided to pull out over lost profits. This led to 72,000 Iowans losing healthcare coverage.

Addressing the healthcare needs of Iowans within the country’s current healthcare framework has been a talking point for many House and Senate leaders, who cite poor access to services and cost of care as a dominant issues among their constituents. Thus far, the legislature has ensured that three bills addressing healthcare costs and access to care have survived through the first funnel week, with one of those bills passing the House just last week.

Associations to provide coverage
Sister bills HF 2364 (House) and SF 2329 (Senate) are currently circulating the legislature as a means to allow the Iowa Farm Bureau Federation to partner with Wellmark Blue Cross Blue Shield to provide healthcare coverage to the Bureau’s members. According to the bills, the coverage that the Farm Bureau would provide through Wellmark (the state’s largest insurance provider through employers) would not be considered “insurance,” and therefore would not be able to be regulated or subject to the oversight of the Iowa Insurance Commissioner. By this language, the healthcare plans offered would not be subject to the ACA mandates to qualify as “insurance.”

“Last year, I think 25,000 people left their individual [insurance] plan behind and are basically going without insurance,” said Representative John Landon (R-District 37), HF 2364’s sponsor. “These are middle class Iowans that are employed, working, mostly for themselves or very small companies that don’t offer health insurance. This bill would allow them to, as members of Farm Bureau or become a member of Farm Bureau, to apply to purchase a health benefit plan that would be very similar to what farm bureau and Wellmark offer to Iowan for nearly 50 years before the Affordable Care Act.”

The way that the plans would be able to offer the competitive pricing would be due to the fact that the plans purchased would not have to provide the essential health benefits as mandated by the ACA. Landon said that the bills specifically exclude that because that’s “what has ruined the healthcare market and why these people cannot afford a policy in the market place today.” Landon estimates that 20,000 to 30,000 Iowans could benefit from this plan. In addition, any Iowan not currently a member of the Farm Bureau could become a member, paying the annual membership dues of $40-$50 per year, and immediately qualify to receive healthcare coverage.

However, since the plans are not ACA compliant, Iowans could be denied coverage because of pre-existing conditions, or be charged more for their pre-existing condition. Landon said that the Farm Bureau has had an acceptance rate of 85 percent for those who applied for benefits, before the ACA went into place.

The bills specifically target the Iowa Farm Bureau Federation and its partner Wellmark, and even though Landon said it would make sense to simply allow the bills to include any association and insurance company, the Farm Bureau is a unique organization to provide the best benefits to a large number of people.

“[Farm Bureau] is the only organization that I’m aware of that has gone ahead and made arrangements, looked at the risk pool, set up a plan to put in to place of policies that they previously offered their membership prior,” Landon said. “It would seem on the surface a simple thing to make this available to all people, all associations. The problem lies in that there aren’t a lot of associations that have the statewide, 99 county presence. They don’t have a sales force in place, the financial wherewithal to withstand any financial issues or problems that might come up as they implement this, that could end up taking them completely out of the market.”

A current Senate bill (SF 2182) is working to address the shortcomings other associations face in providing healthcare to Iowans, and would allow for associations, groups, organizations, etc. to pool together their resources to provide insurance to Iowans, however, it would be subject to the oversight of the Iowa Insurance Commissioner. These bills have not been brought to the House or Senate floors for debate, as of yet.

House approves access to telehealth services
This past week, the Iowa House unanimously passed a bill expanding the use of telehealth services as a way to deliver healthcare (HF 2305). The bill also included a Democratic amendment that would include mental health in telehealth, by allowing patients to make calls to counselors, which helps rural Iowan’s get access to the same care that those in denser populated areas have access to.

“Many rural parts of Iowa have limited access to a doctor and other important health services,” said Speaker of the House Linda Upmeyer in a statement (R-District 54). “Faced with these barriers, some Iowans have a hard time getting the care they need due to having to travel long distances. One solution to this problem is the expansion of telehealth services, which would allow an Iowan to speak with, visually see, and be treated by a doctor using audio/visual technology.”