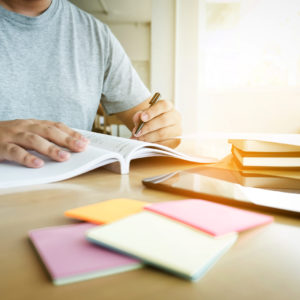 As March Deadline for Open Enrollment Looms, Could That Date Be Too Early?

For some parents, that March 1 deadline ahead of the school year they wish to open enroll could be considered too early, seeing as the current school year has not even concluded, and parents have not had the summer months to evaluate their child’s needs and formulate a decision. If the deadline is missed, a student would hypothetically have to go through approximately an additional school year before parents could act again, if the school board did not approve a special request.

According to Iowa Code, parents of children enrolled in the state’s public school system have the right to open enroll, or send their children to a different school outside of their residential school district, as long as they do so by March 1 ahead of the ensuing school year.

While parents retain the right to send their child to the school of their choice if unsatisfied with their resident school district, should parents miss that March 1 deadline, then their decision to open enroll is subject to the approval of both their resident school district and the district they wish to open enroll into. The only times when parents do not have to abide by the March 1 deadline is if there is a change in the marital status of the child’s parents (resulting in a change in district of residence), placement in foster care, adoption, or pervasive harassment.

Stephanie Donn, her husband, and her daughter were “fortunate” enough to have met the deadline last year, but Donn knows that if they had missed that deadline, the wait before the next deadline was a long time to not be able to act.

“We would have had to finish out that school year ending in May and then the preceding months before the deadline came around again,” said Donn. “That’s close to a year and a half before doing anything different. We were very fortunate.”

Donn and her husband came to the conclusion last December that their daughter’s current experience in the Woodbine School District was not providing their desired outcomes, and they were able to enroll their daughter in a virtual public school. Had they missed that deadline, their daughter could have had to continue through two school years to make a change.

“For families that don’t know about the March 1 deadline, they’re kind of stuck in that situation,” Donn said. “It is kind of a shame for them to have to wait an extra year and a half for school.”

According to open enrollment guidelines, parents can appeal the school boards’ decision to their Area Education Agency, and follow that process up to the DOE. According to Hupp, school districts must notify parents of open enrollment deadlines, the deadline for transportation assistance, and the possible loss of athletic eligibility for open enrollment of students by September 30 of each school year, as outlined in DOE regulations. In addition, for those who already open enroll their students, notification is required to be provided to any parent or guardian who transfers into the district during the school year.

In Donn’s experience, she hadn’t received information regarding open enrollment from her residential school district, but found the information on her own from research. Her family had made a decision the December prior to the March 1 deadline.

Iowa House and Senate Education Committee Chairs, Representative Walt Rogers and Senator Amy Sinclair, were reached out to for comment regarding their positions on the state’s current open enrollment deadline, but did not respond. According to the DOE, only the state legislature can change the deadline.