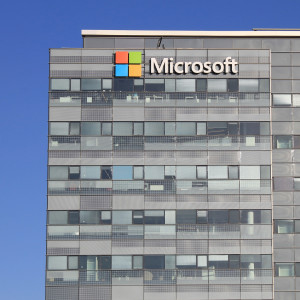 Americans will get their first electoral indication of potential 2016 presidential nominees in record time from Iowa tonight courtesy of Microsoft — the company behind the tech both parties will use to tally up what will supposedly be the fastest, most accurate results any caucus state has ever seen.

The Windows developer says it will achieve such a feat via mobile and PC device apps created in partnership with software developer Interknowlogy and powered via Microsoft’s Azure cloud technology, empowering party representatives in more than 1,680 precincts to upload and double-check results in real-time.

“Built on Microsoft technology, the new platform will feature a secure system, which will enable precincts to report their results directly by party and will ensure that only authorized Iowans are reporting results,” Microsoft’s vice president of Technology and Civic Engagement, Dan’l Lewin, said in a statement. “This announcement represents the first-of-its-kind major technology component to caucus reporting.”

Microsoft has been working with Republican and Democratic parties in Iowa for over a year to offer apps to each party for free (which, if the results come in as predicted, will be a major marketing boon to the company’s growing mobile, cloud computing and big data endeavors).

Only credentialed party chairs in each precinct will tally, be asked to re-check, and upload results to additional apps manned by party leaders. These apps will constantly monitor incoming results and automatically flag anomalies and problems before the results are validated. Afterward, the software will report the results to the public and press through an online app, breaking results down to each county and precinct on an interactive map, updated in real-time, that users can zoom in on.

Party leaders will have access to data in even greater depth and detail on the back end, and Microsoft’s Azure cloud-computing platform will back up the entire system, which can handle “as many users as it needs to without skipping a beat,” according to Microsoft.

“It’s robust, it’s reliable, and most importantly — it’s accurate,” the company explained in video providing an overview of the system.

Last week the Republican Party of Iowa reported successful tests in all 1,681 precincts, including at least two per county and a total of more than 300 overall “to prepare caucus night reporters to quickly, accurately, and securely report results using the new Microsoft app on February 1.”

“For more than a year the Iowa GOP has been preparing for the evening of February 1, strengthening our relationships with county parties, opening new offices, hiring staff, and developing a new reporting system with our partner Microsoft,” Executive Director Chad Olsen said in a statement.

While both parties have embraced the tech, not all of their candidates have. Last week Microsoft, using data from its Bing search engine, predicted business mogul Donald Trump would win all four Republican caucuses in Iowa, New Hampshire, South Carolina and Nevada, and that former Secretary of State Hillary Clinton will take Iowa, Nevada, and South Carolina for the Democrats, leaving Vermont Democratic Sen. Bernie Sanders with a sole victory in New Hampshire (Microsoft previously used the same big data analytics to accurately predict more than 95 percent of the 2014 mid-term elections).

The results didn’t sit well with the Sanders camp, whose representatives pointed to hundreds of thousands in campaign contributions from company employees to the Clinton campaign, and described the use of the app a conflict of interest.

“You’d have to ask yourself why they’d want to give something like that away for free,” Pete D’Alessandro, Sanders’ campaign director in Iowa, told MSNBC Wednesday.

In a statement to the network Microsoft said it “is providing technology and services solely to administer and facilitate a neutral, accurate, efficient reporting system.”

Both the Sanders and Clinton campaigns said they would be using their own backup systems to ensure accuracy Monday.

“The future of civic engagement technology is here, and it all starts in Iowa,” Microsoft said.