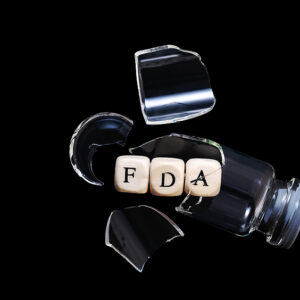 As food writer Matt Siegel put it, many believe that the “FDA is too overtasked and underfunded.” This perspective is half right. Maybe the answer is fewer responsibilities, not more funding.

Googling “FDA underfund” reveals more than 300,000 articles. Twenty years ago, the National Treasury Employees Union wrote, “President Bush’s budget for the FDA does not provide enough funding for staffing and resources … to respond to the constantly changing and more complex public health threats facing our nation.”

Then in 2007, four former FDA commissioners “all agreed that FDA is underfunded,” with one explaining the need for resources to address “the new opportunities and new challenges of science and technology.” The 2023 budget request cites a need to “provide resources, technology, capacity and infrastructure to … tackle complex challenges.”

Year after year with growing budgets, it’s the same challenges and funding requests. The problem is the failures.

One estimate shows that it now costs $2.6 billion to get a drug approved, up from $802 million in 2003. High costs of drugs and medical devices decrease the incentive to innovate and improve healthcare.

The FDA has also acknowledged that it is failing to make food safer. It’s not that hard of an admission. The food budget has increased over the years, and FDA still cites 48 million annual illnesses in every budget request, as I explained in “Fixing Food: An FDA Insider Unravels the Myths and the Solutions.”

Most recently, there’s the FDA’s abysmal failure with the infant formula shortage, thanks to its role in limiting the number of producers (six) for years. Readers barely need a reminder of the agency’s well-documented COVID-19 failures.

Control of this activity — $2.7 trillion’s worth, or 11 percent of the U.S. economy and 20 cents of every dollar spent by U.S. consumers — is far too much for any organization. Most troubling is that FDA holds monopolistic control over these areas. As one author stated, it’s “the world’s most powerful regulatory agency.”

Subjecting new products to premarket approval with Caesar-like powers of thumbs up or down means delays, high costs, uncertainty and ultimately less innovation. Massively regulating post-market products like foods has failed to solve food safety problems. These behaviors are obviously deeply ingrained in FDA culture and are resistant to change from any quarter.

There are few checks and balances, particularly from Congress, which routinely fails to hold the FDA accountable and instead keeps rewarding them with more funding and more authority. Courts tend to give deference to the FDA’s expansive view of their congressionally delegated powers. Finally, as Justice Elena Kagan has found, presidents since Harry Truman have been unable to exercise effective control over regulatory agencies, including the FDA.

We broke up a 104-year-old company, AT&T, in 1984. Journalist Steve Coll recounts the reason: “the monopoly seemed like an obstacle to innovation, an obstacle to the future.” We now face what to do with the FDA and its 116-year-old monopoly.