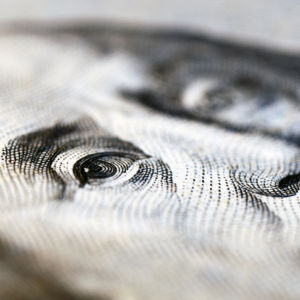 $15 Minimum Wage: An Engine of Inequality

The $15-an-hour minimum wage is a superb tool if your goal is increasing inequality. To the least-advantaged Americans, its logic is simple: “You lose your jobs and access to jobs so your wealthier neighbors might enjoy small wage increases and greater protection from competitors like you.” The least-advantaged include those who are young, inexperienced, disabled, and poorly educated, along with immigrants, inner-city dwellers, those whose skills have grown obsolete, and residents of areas where costs of living are low. My colleague Veronique de Rugy notes that minimum wage keep Millennials stranded in their parents’ basements.

In 2014, the Congressional Budget Office estimated that raising the minimum wage from $7.25 to $10.10 would increase the incomes of the poor by $5 billion per year—a little over $100 per poor person annually. But, CBO estimated, it would simultaneously eliminate 500,000 jobs altogether. Message to 500,000 people: You will become hopelessly unemployed so your slightly better-off neighbors can buy one extra Happy Meal every other week. And most of those who benefit from the higher minimum wage don’t live in your neighborhood—teenage children from well-to-do families, for example.

CBO’s numbers were estimates for a mere $10.10 minimum wage. Raising it to $15 sends the results into unknown territory. Former CBO director Douglas Holtz-Eakin estimated a $15 minimum wage would destroy 6.6 million jobs. The Manhattan Institute’s Alex Armlovich noted that even prominent left-of-center minimum wage supporters have serious concerns over a $15 rate. Armlovich cited David Card, a key academic minimum wage advocate, who said his arguments were not applicable to a doubling of the minimum wage, adding, “I suspect that employers in many low-wage areas of the country would simply refuse to comply.”

Other than wealthier employees, who benefits from a $15 minimum wage? Income is likely to soar for a CEO whose company builds robots to replace low-wage workers. “The [restaurant] industry could be ready for another jolt as a ballot initiative to raise the minimum wage to $15 an hour nears in the District and as other campaigns to boost wages gain traction around the country,” writes the Washington Post, “About 30 percent of the restaurant industry’s costs come from salaries, so burger-flipping robots—or at least super-fast ovens that expedite the process—become that much more cost-competitive if the current federal minimum wage of $7.25 an hour is doubled.”

When localities impose the $15 rate on some, but not all establishments, lawyers earn big fees haggling over whether a particular restaurant falls under the requirement or not.

Who is pushing the $15 minimum wage? Professor Don Boudreaux argues that a former cabinet member fails to grasp the most elementary concepts of supply and demand. He notes that the instigators and beneficiaries of minimum wages are often labor unions who benefit from eliminating potential competitors: “Minimum-wage legislation is, in short, a manifestation of cronyism.” Economist Diana Furchtgott-Roth observes that even a Nobel Prize doesn’t immunize an individual against logical nonsense—which often rests on a very small number of methodologically feeble journal articles.

The $15 rate would compound the labor market dislocations already imposed by the Affordable Care Act (“Obamacare”). The ACA’s individual and employer mandates effectively add perhaps $3.00 to the cost of hiring an extra employee for one hour, with resulting job losses.

Such harsh restrictions on job-seekers can do damage that lasts a lifetime. A teenager shut out of employment by an exorbitant minimum wage will fail to learn job skills and establish a track record that impresses future prospective employers. And the effects will not fall evenly: Children of wealth and privilege have many routes to circumvent such restrictions. The inner-city teen, striving for a better life, has no such good fortune.