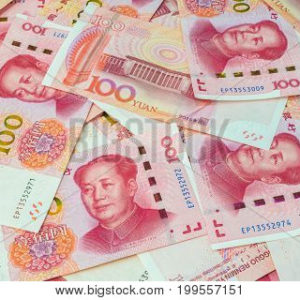 A Currency Straitjacket for China

Proposing a currency straitjacket for a highly unbalanced economy is not a good idea. Yet that is precisely what the Trump administration is insisting on for China in its continuing trade negotiations with that country. This does not bode well for China’s long-term economic growth outlook. It also could have negative consequences for the rest of the global economy.

Despite what President Trump would have us believe, over the last few years China has not been manipulating its currency for competitive advantage. On the contrary, China has been doing precisely the reverse by its strenuous efforts to prevent its currency from depreciating against the U.S. dollar. These efforts have included the burning through of around $1 trillion in China’s international reserves to supply highly demanded dollars in the domestic currency market.

As a result of those efforts, China’s currency has been maintained at levels deemed to be at fair value by the International Monetary Fund. Meanwhile, its external current account surplus has declined substantially — to  below 3 percent of  GDP.

Choosing to overlook these facts, the Trump administration stubbornly sticks to the narrative that China persistently manipulates its currency for competitive advantage. This motivates the administration to insist that as part of any trade deal, China must commit itself to maintaining a fixed dollar currency peg.

One consequence of China acceding to the U.S. demand that it should peg its currency would be that it would risk having its currency appreciate against the world’s other currencies. It would do so at a time that a weakening Chinese economy could least afford it. This would happen should the dollar continue to appreciate as a result of higher U.S. interest rates or as a result of increased safe haven dollar demand  in more volatile financial markets.

A more serious risk of a Chinese-U.S. dollar peg is that it would meaningfully complicate China’s efforts to rebalance its highly unbalanced economy. The Chinese government itself recognizes the need for early rebalancing. In particular, it is mindful of the fact that the country’s present investment level of almost half of its GDP is unsustainable and is giving rise to large amounts of excess industrial capacity and a massive supply of unoccupied housing units.

It is difficult to see how stuck in a currency straitjacket China could succeed in reducing its very high investment rate while at the same time maintaining economic growth. Tied to the U.S. dollar, China would be forced to accept U.S. interest rates, which would preclude it from cutting rates to boost demand. It would also be denied the use of exchange rate depreciation to promote its export sector as an offset to any reduction in domestic investment levels.

In slapping import tariffs on China and in attempting to force China into a currency straitjacket, the Trump administration seems to be overlooking the fact that China is the world’s second-largest economy and has for many years now been the world’s major engine of economic growth.

For that reason, one has to hope that in framing its trade policy the administration will become more mindful that an undue Chinese economic slowing could have global spillover effects on the rest of the world economy. In an interconnected global economy, that could very well come to reach our shores.