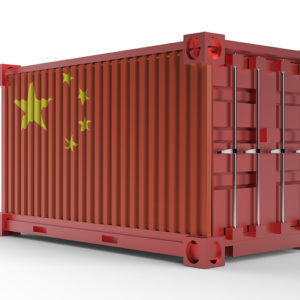 A First Step to Cut the China Trade Deficit

The U.S. trade deficit with China is enormous and daunting. At $419.5 billion for 2018, it is driven by factors like currency manipulation, China’s low wages, tariffs on U.S. imports and theft of intellectual property. Against this backdrop, getting a fair and effective trade deal is hard work and not guaranteed.

The Trump administration is poised to notch at least one important victory in the trade war against China by January 1, 2020, with or without China’s cooperation. Winners will include U.S. e-commerce businesses, manufacturers and retailers as the United States withdraws from a bizarre international shipping pact that provides large subsidies to Chinese businesses.

International rates for small packages, those 4.4 pounds or less, are set by the Universal Postal Union, an international organization affiliated with the United Nations. As a result, the U.S. Postal Service delivers international packages for China at discounts of 65 percent or more.

Jayme Smaldone, owner of a New Jersey consumer products company, Mighty Mug, points out that it costs up to $20 for his business to send a 4.4 pound package domestically. However, a Chinese shipper is charged a maximum of $3.70 to send the same item from China to the United States.

The disparity in international shipping rates was identified by President Reagan. Other administrations have also tried to fix the situation. With the e-commerce boom in recent years, though, the problem has become far more pronounced and disruptive to U.S. businesses.

China has been able to get itself classified as a developing world country at the UPU, even though it has the world’s second-largest economy. Less developed countries get lower shipping rates.

The Trump administration is determined to fix this and has two options. The clear and fair goal, as stated in an August 23, 2018 Presidential Memorandum, is “ensuring that rates charged for delivery of foreign-origin mail containing goods do not favor foreign mailers over domestic mailers.”Option 1 is for the UPU to put in place a new cost system. On June 7 the UPU announced an Extraordinary Congress in September to address these issues. As many other countries in addition to the United States are frustrated with the current system, and incurring large postal losses like the United States, there is reason to be optimistic about the conference.

Option 2 is for the United States to leave the UPU on October 17, as the administration has said it will do if a new agreement is not in place. The United States will enter into bilateral and multi-lateral postal agreements with other countries.

In either event, new rates will be in effect by January 1.

The current international postal system means lost jobs in the United States. It means billions of dollars of lost U.S. sales as well as related tax payment losses. Internationally subsidized postal prices may even be the final straw that breaks the back of many fledgling, entrepreneurial companies.

Addressing the issue of shipping cost disparities creates fairer conditions for U.S. retailers, manufacturers and e-commerce businesses. It also sends an important message to China that we will find ways to chip away at our mammoth trade deficit, with or without China’s cooperation.