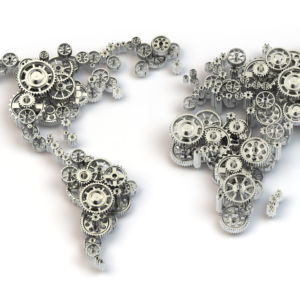 In assessing U.S. economic prospects beyond November’s election, it bears emphasizing how precarious the state of the global economy appears to be. While the U.S. economy might be reasonably healthy, the rest of the world is decidedly not. This would underline the need for steady U.S. world economic leadership. It would also argue strongly against any U.S. action that might hasten the move to beggar-thy-neighbor policies around the world that would be detrimental to both U.S. and global economic prosperity.

A striking feature of today’s global economic landscape is the many weaknesses in the world’s major economies. In Europe, following the Brexit vote, the United Kingdom’s economy is likely to be beset by many years of investor uncertainty as it renegotiates its complex relationship with Europe.

Meanwhile Italy, the Eurozone’s third-largest economy, is having to cope with major difficulties in its banking system, the over-indebtedness of its government, and growing public antipathy to the Euro. This is all the more serious considering that Italy will hold a constitutional referendum later this year, which could see a fall in the Italian government. It also must be of concern that, unlike Greece, Italy is simply too big for Europe to save should it face an economic and political meltdown.

In Asia, Japan’s over-indebted economy is again flirting with both deflation and economic recession, while the Chinese economy is struggling to make the transition away from an investment- and export-led economy to one led by consumption and the service sector. At the same time, major emerging market economies like Brazil, Russia and South Africa are all having to cope with depressed international commodity prices and with excessive corporate U.S. dollar indebtedness.

Further clouding the global economic outlook is the fact that the world is now drowning in debt. Indeed, a recent McKinsey Global Institute study found that private and public sector debt levels around the world today are very much higher than they were in 2008 on the eve of the Great Economic Recession. This makes it all the more important that the world economy is not hit by a renewed shock that might cause the world economy to falter and that would make the repayment of that debt all the more difficult.

It is against this troubled background that one would think that the last thing that the world economy needs right now is a period of investor uncertainty in the United States, the world’s largest economy. Yet that is very well what could happen if the presidential candidates continue to outbid themselves on tax giveaways and lavish public spending promises that might compromise the country’s public finances.

More serious yet for the world economy, would be any U.S. drift toward a more isolationist and anti-globalization stance in policies. In that context, one has to be concerned about the generally negative tone of the electoral campaign concerning international trade issues. One also has to be particularly alarmed by Donald Trump’s threats about imposing tariffs on China and Mexico, tearing up the NAFTA trade deal, and aggressively going after countries that manipulate their currencies. It is fanciful to think that the countries affected by restrictive U.S. trade policies will not retaliate with protectionist measures of their own that might only lead to a further heightening of international trade tensions.

It is hoped what we are hearing from both candidates on global economic issues is campaign rhetoric that will be soon reversed upon either candidate assuming office. If that is not the case, we should brace ourselves for a leaderless international economy and a number of rough years of sledding for both the U.S. and the global economies.