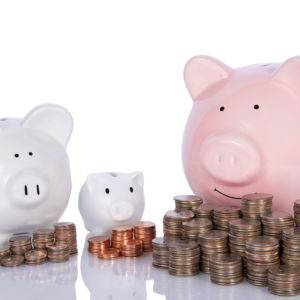 It’s a question that vexes regulators, and is bound to become a talking point of financial reformers and lobbyists alike in the next Congress: Why have so few new banks been chartered in the United States in recent years?

No one disputes the numbers. In the last 5 years, exactly 10 new banks have weathered the regulatory approval process to be able to open their doors, according to the Federal Deposit Insurance Corporation. By contrast, in the 7 years before the financial crisis, 1200 new banks received their charters.

No one disputes, either, that new banks are a good thing. When banks consolidate, as they have in recent years, gaps emerge in the services offered to smaller, mostly local businesses, and new banks have typically popped up to fill them.

And, no one disputes the core reason for why investors aren’t hustling to create new banks: They are simply not as profitable as they used to be. Since the 2008 crisis that saw many banks fail, profit margins in lending — the difference between what a bank pays depositors and what it collects from borrowers — has declined up to 25 percent, according to the FDIC.

“That is not a get-rich-quick scheme,” said Karen Shaw Petrou, managing partner at Federal Financial Analytics, and a former regulator. “So attracting investors is hard.”

For all the agreement, though, the impact of the newly muscular regulators who emerged after Congress passed the Dodd-Frank Act in 2010 has become a point of contention. Whereas economists tend to see macroeconomic explanations for why so few banks — known in the trade as “de novos” — have been created, banks blame the thicket of regulation that came in response to the worst financial crisis since the Great Depression.

Regulators used to shrug off the lack of new banks — “This too shall pass,” they often said — attributing it to the most recent recession. Now the question is getting a harder look, in part because it’s essentially a Main Street question, having little to do with Wall Street. Smaller community banks make 8 percent of all loans, but about 40 percent of small business loans.

“They fill a niche that big banks don’t care about,” said Stephen Klein, a partner with the law firm Miller Nash in Seattle, who has helped set up dozens of banks.

Whoever wins the White House, regulatory relief for smaller banks in particular will be a priority of Republicans in Congress, and even many Democrats. Sen. Richard Shelby, the Alabama Republican who chairs the Senate Banking Committee, sought bipartisan compromise on the issue last year.

The effort collapsed when Democrats refused to include changes backed by Shelby that stood to benefit mainly regional banks like U.S. Bank, Fifth Third or Regions Financial. But the premise that easing some rules was warranted for smaller, community banks got a sympathetic hearing from most Democrats, including Sen. Sherrod Brown, the Ohio Democrat who is the ranking member on Shelby’s panel.

Even so, it’s easy for some of them to point to absolute numbers in arguing that banks really don’t have much to complain about.

“Their profitability seems to suggest they’re doing better than ever after the regulations went into effect,” Sen. Elizabeth Warren, the Massachusetts Democrat who is the party’s liberal firebrand on financial regulation, said recently.

That said, those profits have mainly come on one side of the ledger, as banks worked off or closed out bad loans made before the crisis. As time passes, that strategy will have less and less purchase, which helps account for why investors have marked down expectations for banks.

The real problem for banks is interest rates.

The Federal Reserve, like central banks around the world, has held short-term interest rates at historic lows for the better part of a decade. Globally, investors are still skeptical that western economies will kick into a higher gear anytime soon, which has kept longer-term interest rates low, or even negative.

That disrupts the classical value proposition of bankers who attracted depositors’ savings with one interest rate, and then lend to property buyers, businesses and even other banks at a higher rate.

Robert Adams and Jacob Gramlich, two economists with the Federal Reserve Board, constructed a model for new banks and applied it to institutions chartered between 1976 and 2013. They concluded that banks have failed to materialize to replace failed or merged institutions for reasons having little to do with regulation.

“Even without any regulatory changes following the financial crisis, the weak economy and low interest rate environment,” there would have been 75-80 percent fewer new banks chartered, Adams and Gramlich concluded.

The argument that regulations have stymied new bank creation has gained currency as federal agencies have applied rules that have a direct and material bearing on what new investors might expect to earn by plowing money into an entirely new bank. And those rules, bank lobbyists argue, could be eased without endangering the financial system.

“There’s no question the low interest rate environment plays a role, but it’s not the only reason there are few de novo banks,” said James Chessin, chief economist of the American Bankers Association.

Essentially, banks charge the FDIC and other regulators have over-reacted to the financial crisis and now expect banking to be held to the “impossible standard” that they should never fail, Chessin said.

It takes $20-30 million to capitalize a new bank, depending on the business model and where it is chartered, Chessin points out. In 1990, it took about $5 million, and even 10 years ago regulators sought far less.

What’s more, deep in the weeds, regulators stop banks from mobilizing savings that they can lend out profitably. For example, they have cracked down on what are known as “brokered deposits,” money that a bank obtains by selling certificates of deposit through third parties.

Perhaps toughest of all, banks can’t earn money from real estate lending the way they once could. With housing at the core of the 2008 financial crisis, regulators have thrown a web of regulation atop the mortgage industry.

At a minimum, these new rules prevent the kind of easy-money lending that was destructive to the U.S. economy, like the loans where banks didn’t bother to verify borrower’s income. But the odds are, the lawyer Klein said, it also boxes creditworthy borrowers out of the market as well.

For banks, the result has been about a decade of stagnation in creating new institutions, and that is starting to eat into the human capital that even the most willing investors need to launch a successful bank.

The collapse of so many banks and the lack of new ones meant that for 10 years, many executives who might be ready to head up a newly chartered bank simply don’t exist. And regulators, wary of people with failed banks in their pasts, want fresh blood.

“The talent bench is thin and getting thinner,” Klein said. “And that happens when people think it’s a dying industry.”