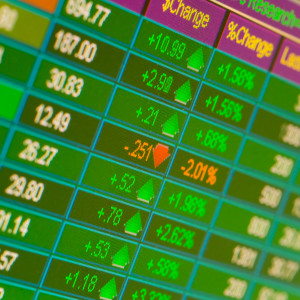 Washington’s anti-Wall Street reformers are turning their gaze toward a fixture of the American economy for much of the past three decades: the activist investor.

A group of senators that includes Democratic presidential candidate Bernie Sanders of Vermont and liberal icon Elizabeth Warren of Massachusetts, are co-sponsoring legislation that would force faster disclosure of stakes that hedge funds and other activists have targeted. Their opponents argue that tightening the window for revealing a stake would slow or stall a trend toward activism that, its supporters insist, is aimed at improving management of ailing firms.

The legislation is called the Brokaw Act, so named after a town in the state of its primary sponsor, Sen. Tammy Baldwin, a Democrat from Wisconsin. The town was once home to a mill owned by Wausau Paper that was closed amid a fight with New York hedge fund manager Jeffrey Smith.

“Hollowing out longstanding companies so that a small group of the wealthy and well-connected can reap a short-term profit is not the path to a strong and sustainable economy for our nation,” Oregon Sen. Jeff Merkley, one of the co-sponsors, said when the bill was introduced. “It’s time to take on this rigged system and stop the short-term game playing that sells our workers, businesses and economy short.”

The effort highlights the increasing political scrutiny that activist investors have come under from the political class even as they make the case that their brand of tough love is what underperforming companies really need. Where critics see predatory behavior, prominent investors see themselves as sources of ideas for companies that are good, but could be great.

“Activism is about floating balloons,” Bill Ackman, the founder and CEO of Pershing Square Capital Management, an activist hedge fund, told The Economist. “If the ideas are good, they will happen. If they are bad, they won’t get support. It is hard for activism to be harmful.”

That said, there is room for both sides to have a piece of the truth for the simple reason that not everyone agrees on what a good outcome is.

Baldwin and other senators object to a company being forced to slim or eliminate part of its workforce in Wisconsin. That’s something that happens every day of the year in the American economy, and for many reasons having nothing to do with activist investors.

For shareholders, there’s a lot to be said for activist investors. Research by the consultancy Novus shows that activist investors as a group have returned 12.6 percent — not including fees — compared to 7.7 percent for the industry benchmark S&P 500, between April 2004 and June 2015. Data from Hedge Fund Research, which tracks the industry closely, shows that activist funds have delivered a 4.75 percent return over the past 5 years, or more than double the rate of hedge funds as a whole. By the end of last year, investments in activist funds more than doubled to about $122 billion, according to HFR.

A pathbreaking study in 2015 led by Lucian Bebchuk at Harvard Law School found no evidence that activist investors take a “pump and dump” approach to investing, and the performance of the company often improves in a manner consistent with the activist’s initial goals in buying the stock.

Even Baldwin and the other senators insist they don’t want to prevent activist investing as a basic concept. “We believe in the market,” a Senate aide said. “There’s no ban on this type of activity.”

The introduction of the legislation coincides with a quickening debate in the United States over “short-termism” in investing, which is often labelled “quarterly capitalism” to suggest an overly strong focus on three-month periods of profit. That said, the issue of short-termism goes far beyond the stance of activist investors.

Former Secretary of State Hillary Clinton, now the front-runner for the Democratic presidential nomination, has proposed taxing investments on a sliding scale, based on how long they are held. The idea would be to stretch out investors’ time horizons, reducing the incentives to buy a chunk of a company in hopes of encouraging a quick dividend payout or other price-boosting moves.

In a speech last year in New York, Clinton embraced the rhetoric of the critics like Baldwin, decrying “hit-and-run” investing.

The proposal aligns Clinton closely with Larry Fink, the CEO of BlackRock, which manages assets worth $3 trillion, and a rumored candidate for Treasury Secretary under a Democratic president. Fink wrote an open letter to the CEOs of the Standard & Poor’s 500 last year that an emphasis on share buybacks — another method for returning cash to investors — and dividend payouts short-change the “skilled work forces or essential capital expenditures necessary to sustain long-term growth.”

Since then, the debate over how to promote focus on long-term growth has picked up speed. A few titans of the investment industry, including BlackRock, Fidelity Investments, Capital Group, JPMorgan Chase and some hedge funds have met privately to consider ways to improve corporate governance without giving up the pot-stirring element of activist investors that can be useful when management has lost steam.

Various studies have concluded that the pace of spending on buybacks and dividends, which sometimes occur at companies targeted by activists, has picked up speed over the last decade.  An analysis made for The Wall Street Journal by S&P Capital IQ revealed that the S&P 500 index increased dividends and buybacks to a median 36 percent of operating cash flow in 2013, from 18 percent in 2003. During the same period, they cut spending on plants and equipment to 29 percent of operating cash flow, from 33 percent in 2003.

Matt Orsagh, director of capital market policy at the CFA Institute, a professional organization, said the issues raised by Baldwin and the other senators “intersect somewhat” with the debate over quarterly capitalism that Fink and others have kicked off.  “But short-termism is an issue with many fathers,” he said.

For example, executive compensation, if it’s tilted toward shorter-term incentives, can have a far greater effect on companies than any activist investor.

Liberal groups that have ramped up their critique of short-termism in financial markets haven’t directly made activist investors the focus of their ire. The New York-based Roosevelt Institute, a think tank, proposed in a recent report that companies should have to improve proxy access for long-term shareholders to make changes in company strategy, an idea that would harness the mechanism of activist shareholders, as long as they aren’t in it for a quick buck. But it would simultaneously take power away from the activists who buy shares with the goal of improving company operations when they spot a poor performer.

The Baldwin bill would change the time limit — known in the lawyering world as the 13D rule — from when an activist investor has to publicly disclose a stake in a target company from 10 days to 2 days. Since there was a time when investors had to physically deliver documents to the Securities and Exchange Commission, some argue this amounts to a technological catch-up.

In theory a 2-day waiting period improves overall awareness of what activist investors might be up to. In practice, accumulating a large position in any company takes time, and early disclosure would clue in other investors, leading the price of shares to rise sharply. The 10-day period “lets investors build a position without giving away their strategy,” Orsagh said. “And that’s okay.”

Orsagh pointed out that activist hedge funds typically buy stakes in the low single digits in target companies, meaning they are strongly dependent on other major investors — especially pension funds and other institutional players — to buy into their strategy for prodding management to change. In other words, they can seldom storm into a company and get what they want without help, and if management has good ties with other investors, activists won’t make much headway.

“You’ll get the benefit of the doubt if you have a 5 or 10 year relationship with your longer-term investors,” Orsagh said. “Unless there’s a legitimate problem, you’ll be okay.”

Indeed, it’s the passive investors — some might call it “lazy money” — that create openings for activist investors in the first place. Big asset managers like Blackrock and Vanguard hold stakes in many companies when they buy stocks in proportion to an index, like the S&P 500. Others like Fidelity or Capital Group pick and choose stocks but don’t agitate for change. They are all very different from the likes of Warren Buffett or private equity investors, who purchase companies outright and call the shots directly.

Sponsors of the Baldwin bill argue that there’s not a lot of evidence to suggest that the 10-day rule would be that different from another time period or ownership threshold to invoke a disclosure requirement. Britain, for example, has a rule requiring disclosure within 2 days, once an investor reaches 3 percent of voting shares.

Freshfields Bruckhaus Deringer, a British corporate law firm, has said that tradition and culture — defined as the willingness of shareholders to publicly demand changes at a listed company — has risen in Britain despite the rule. A major impetus for that change has been the rising amounts of cash on corporate balance sheets.

“The increasing propensity for investors to ‘go public’ or to lend their support to other activist shareholders illustrates that activism is becoming mainstream,” the firm wrote in a report last year. “The stigma once associated with being an ‘activist shareholder’ has lessened.”

Supporters of the bill face an uphill battle as they target activists, who are broadly seen as having a positive impact on the companies they look to turn around, with regulation that will seemingly have little impact on its intended goal to affect the tangential issue of short-termism.

At the same time, changing the filing deadline in the United States could simply telescope activity into a shorter time frame, explained Tobias Carlisle, a fund manager at Carbon Beach Asset Management in Santa Monica, California. “The attempt to change the deadline is a bit of ‘sound and fury,’” he said. “It’s not going to achieve what they think it might achieve.”