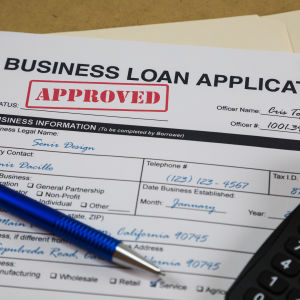 Anytime they take out a loan, American consumers enjoy protections embodied by a handful of decades-old laws designed to ensure that they know how much credit costs, and that they can comparison shop. But the American small business owner enjoys no such benefits, something a new coalition is trying to change.

As banks have reduced lending to small businesses in the wake of the 2008 financial crisis, other lenders have swarmed into the sector, creating what critics call a rising tide of abuse — this time aimed at struggling business owners — that resembles the subprime mortgage sector that led to bailouts and the worst recession since the Great Depression.

“Small business owners are human beings, and they get taken advantage of the way consumer human beings do. But they don’t have the kinds of protections in the law that consumers have,” said Michael Barr, a law professor at the University of Michigan and a former assistant secretary of the Treasury.

A growing number of small businesses complaining about unfair or unclear terms to loans has generated a push from non-profit lenders and some of their for-profit counterparts for measures that would give borrowers more information, especially about the cost of a loan. But the effort is running into opposition from lenders who argue that applying consumer-type protections to small-business loans doesn’t make sense, and who charge the lenders backing changes are simply trying to grab market share from established players.

The year 2008 marked a fissure in the small-business lending industry that few bankers or business owners will soon forget.

After decades in which small business enjoyed strong relationships with both their community banks and larger lenders, banks withdrew from what was always a low-margin, hard-to-manage activity. According to the Federal Reserve, in 2015 commercial and industrial lending was 16 percent below the 2008 levels.

The curbs on bank lending set the stage for explosive growth in other areas, some that have existed for years, and others that, driven by Silicon Valley’s nascent interest in financial services, appeared out of nowhere. It’s still a small fraction of lending in the roughly $176 billion small business loan market, according to the consultancy Oliver Wyman. But it’s growing very quickly as investors look for returns in a world where very low interest rates challenge them to find better opportunities.

“Debt and equity capital is flowing freely into the hands of these alternative small business lenders,” Oliver Wyman concluded in an October 2015 study of the sector.

And it is flowing into the hands of small business owners like Steve Buresh.

Buresh, 35, always got rave reviews on the cheesecakes that he baked on the side while being, at times, a mechanic, an electrician, and a grocery store employee. After he got laid off 5 years ago, Buresh started knocking out cheesecakes and selling them to restaurants near where he lived in Plainfield, Illinois, outside Chicago.

Success begat success, as diners at the restaurants asked for full-sized cheeseakes for parties and other events. So, Buresh had a food truck that he positioned in Home Depot parking lots, where the demand for his product was solid. A year ago, he opened a shop.

By August, Buresh couldn’t keep up with the demand, so he resolved to get a $20,000 loan that would let him buy some new equipment and hire a few people to raise his production levels. It seemed like “a no-brainer,” Buresh said, and an outfit called OnDeck Capital had been showering Buresh with mailers for months.

OnDeck Capital belongs to the newer breed of lenders, but it’s not brand new. It was founded in 2007 and went public 7 years later. According to the company’s website, it has loaned about $3 billion to companies in 700 different industries, and its selling point is that technology greases the way for working capital with OnDeck in a way that it does not with banks.

“That’s enabled us to say “yes” more often and faster than traditional lenders,” the company proclaims on its website. “And that lets owners spend their time where it should be — on growing their business, not seeking financing.”

The lender certainly got to ‘yes’ quickly with Buresh back in August.

After hearing his bank would have a hard time making the loan, Buresh contacted OnDeck online, which called him back in 10 minutes. After taking a screen shot of his bank account with his smartphone, Buresh was guided through the loan process online. The fine print took the form of a box that he couldn’t enlarge enough to read, he said.

“That should have raised warning flags in my mind,” Buresh said. “But everything was moving so fast.” The next day, he had $20,000 in his bank account. He would have to pay back $25,000 over 9 months via a daily direct debit of $135 from his business account.

By the end of September, Buresh was in trouble. Business slowed dramatically, and he was overdrawn on his business account. He turned to Accion, a nonprofit organization that makes loans to small business, with a particular focus on demographics that are not being served by banks. A few months later, he’d secured a 2-year loan at a lower rate.

“The customer was in good standing with OnDeck,” company spokesman Jim Larkin said. “At no point did he ever avail himself of our customer care services or reach out to us to tell us he was in distress.”

Non-profit lenders from around the country now report that a rising number of small business borrowers are turning to them after getting loans that were either rushed through underwriting, had high interest rates, or both. Joyce Klein, director of an Aspen Institute program for the study of small enterprises, said it pointed to the need for broader actions.

“We saw this problem unfolding and there was no clear solution,” Klein said.

So they created one: the Small Business Borrowers’ Bill of Rights.

A group of community development lenders like Accion and a small number of for-profit lenders, including Lending Club, a San Francisco-based startup that matches borrowers with lenders, voluntarily signed onto the document in August, and encouraged others to do so.

The Bill of Rights includes six provisions, the first of which is the right to transparent terms and pricing, including the use of the APR, or annual percentage rate.

The group has raised hackles among lenders not represented in the group pushing the Bill of Rights, notably the merchant cash advance business.

Stephen Denis, executive director of the Small Business Finance Association, which includes merchant cash firms, said demands for lenders to follow the rules outlined in the Bill of Rights are simply marketing. “It’s written to help these companies establish a competitive position in lending.”

More importantly, Denis says his group has a fundamental objection to using the annual percentage rate calculation for small business loans. “You really have to separate businesses and consumers,” Denis said. “They look at loans differently. Companies that borrow don’t care about the APR. They care about the bottom line.”

The annual percentage rate is a notion familiar to most Americans because it’s required under the four-decades-old Truth in Lending Act. The APR, as it is commonly known, incorporates fees and calculates the annual cost of the loan, even if the loan is for a much shorter period. For example, loan of $100 for 1 month at 2 percent per month would have a 24 percent APR.

OnDeck, though it distinguishes itself from merchant cash advance firms, seems to take the same position on the APR question. Spokesman Larkin didn’t respond to direct question about using the APR, but the company’s “core principles” for lending don’t mention the APR.

The Cleveland Federal Reserve bank scrutinized how small businesses look at lending through focus groups and found that a clearly stated, comparable yardstick for understanding the cost of the loan would in fact make a difference.

“For many small firms, borrowing working capital is a relatively high-stakes, complex, and infrequent transaction that can put them at a disadvantage in dealing with lenders,” the authors of the study wrote.

Buresh, the cheesecake maker, said he would have bailed out of the OnDeck loan if he’d seen the APR on the loan, which he later estimated would have been about 39 percent, a rate that, in hindsight, makes other options more attractive.

“If that had come up first, I would have said, ‘OK, I’m not doing this,” Buresh said. “Credit cards would have been better.”