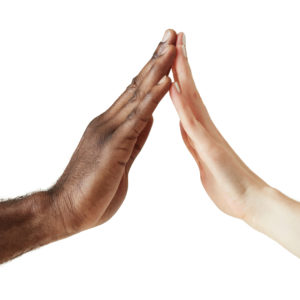 America’s Staggering Racial Wealth Gap Is Getting Worse, Not Better

Two years ago this month, Michael Brown was shot by a white police officer in Ferguson, Missouri, sparking months of sustained protests and helping to ignite the Black Lives Matter movement. While police violence and inequities in our criminal justice system have dominated the discussion of our racial divide since then, there’s a lot more to the story.

Less covered — but just as startling — is the stark racial economic divide in this country.

In a new report called “The Ever-Growing Gap,” my co-authors and I examine 30 years’ worth of data on the wealth divide between white, black and Latino families. Even we were shocked at just how wide the chasm has become — and how much wider it’s going to get if we don’t do something about it.

In other words, they’ll never catch up.

In fact, it would take 228 years for the average black family just to reach the level of wealth white families already have today. To put it in perspective, that’s nearly as long as the period of time we had slavery in this country.

This amounts to permanent insecurity for America’s black and Latino families.

Wealth, after all — the money left over after subtracting all your debts from all your assets — is incredibly important to the wellbeing of families. Wealth is what tides you over when you lose a job or medical calamity strikes. Wealth is a safety net, and not having it means living a precarious life.

Our study looked at the last 30 years. But wealth was incredibly skewed along racial lines even before that, with the average white family owning five times more than black and Latino families. While many factors contribute to this inequality, public policy played a major role.

The most important asset most families own is a home. But black and Latino families were largely left out of the post-World War II housing boom, as “redlining” blocked off whole neighborhoods from receiving subsidized mortgages along starkly racial lines. In fact, from 1934 to 1968, just 2 percent of Federal Housing Administration mortgages went to non-whites.

Meanwhile, people in occupations typically held by non-whites, like farm laborers and domestic workers, were left out of the laws establishing minimum wage protections and Social Security benefits.

Unfortunately, many current policies are contributing to this growing gap even today.

For example, incentives in the tax code for things like retirement savings and homeownership overwhelmingly benefit those who already have significant wealth. The total share of tax expenditures that a typical working family can expect to receive to help save for retirement, buy a house, save for college, and contribute to savings is just $174. For millionaires, who scarcely need the help, it’s nearly $150,000.

While the Internal Revenue Service doesn’t collect race data on tax filers, we know that these millionaires are overwhelmingly white.

Changing the trajectory of the racial wealth gap, which is as old as our country itself, won’t be easy. One smart step in the right direction would be for the next president to order a government-wide audit to assess the impact of federal policy on expanding or shrinking the divide.