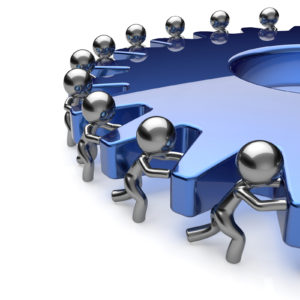 An Economic Rebound for Full-Time Jobs, but Part-Time Jobs Are Restraining Wages 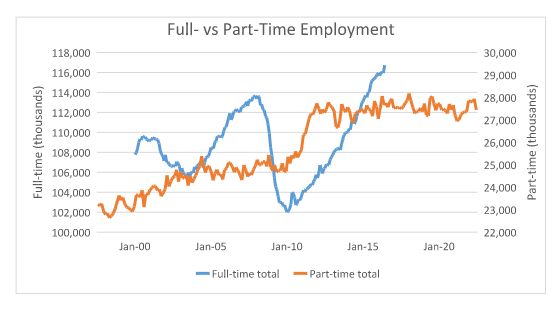 So what does this mean for the labor market? When it comes to full-time jobs, our economy has rebounded. In June 2016, we had 116.7 million full-time jobs as opposed to 109.6 million in June 2005. However, the number of part-time jobs has increased as well from 23 million to 27 million, with involuntary part-time workers increasing from 4.4 million to 5.8 million. These elevated levels of involuntary part-time workers are the reason why there is still considerable slack in the labor market, and why wage growth has not kept pace with the rise in full-time jobs. A recent study by the Federal Reserve Bank of San Francisco finds that, in recent years, about 80 percent of these part-time workers who have moved into full-time jobs have likely done so at below median wages, thus restraining median weekly earnings growth. Workers continuously employed in full-time jobs have received wage increases of 3.5 percent after inflation, while median wages for all workers have stagnated around 2 percent, unadjusted for inflation.

Going forward, we need to ensure that the economy is not only creating full-time jobs at a decent pace, but that the elevated levels of involuntary part-time work are reduced—not because people drop out of the labor force completely but because they transition to, and are able to remain in, high-wage full-time jobs.