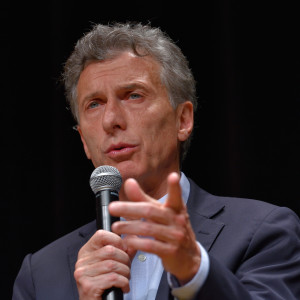 Mark Twain is reputed to have said that history does not repeat itself but it often rhymes. One has to wonder whether the same might not be said of today’s Argentine and Turkish exchange market crises and the 1998 Asian financial crisis that preceded them.

In much the same way as the 1997 devaluation of the Thai baht triggered the Asian financial market crisis in 1998, might not Argentina and Turkey’s present currency market troubles be the forerunner of more generalized emerging market economic problems later this year?

In recent weeks, both Argentina and Turkey have been gripped by full-scale currency crises that have seen their currencies depreciate by around 25 percent and that threaten their economic stability. Fueling these crises has been the steady rise in 10-year U.S. Treasury rates to more than 3 percent and the strengthening of the U.S. dollar.

It should have come as no surprise that Argentina and Turkey would be the first in the line of fire to a tightening in global liquidity conditions. After all, they were among those emerging market countries with the greatest degree of external vulnerability as evidenced by very wide external current account deficits. If attractive rates of return could be obtained on safe U.S. Treasuries at a time that the dollar is rising, why should foreign investors remain exposed to countries with acute external vulnerabilities and with troubled political environments?

There are good reasons to think that while Argentina and Turkey might have their idiosyncratic economic weaknesses not shared by the other emerging market economies, their current economic crises will not be confined to them alone. Among these reasons is the fact that during the many years of ultra-easy global liquidity conditions, those two countries were not alone in being flooded by capital inflows. Indeed, the IMF keeps reminding us that emerging market debt levels in relation to GDP today are significantly higher than they were in 2008 on the eve of the Great Economic Recession.

Equally troubling is the fact that in their desperate search for yield during the period of very low interest rates in the advanced economies, investors have bid down interest rates on emerging market debt to historically low levels. This has led to a situation where it is questionable whether investors are being adequately compensated for the default risk that they would be running by lending to the governments and corporations of these economies.

Beyond having high debt levels and credit market mispricing, political challenges in a number of key emerging market economies could contribute to a major reassessment of credit risk in an environment of tighter global liquidity conditions.

It certainly would not help emerging markets as a class if at the beginning of July a radical populist Andres Manuel Lopez Obrador wins the Mexican presidential elections. This would especially be the case at a time that his country is embroiled in a trade dispute with the United States. Nor would it help matters if Brazil’s public finances were to slip further out of control in the run up to that country’s contentious presidential elections in October.

Further heightening the chances of a full-blown emerging market economic crisis later this year is the real risk that the Federal Reserve will have to hike interest rates by more than it is presently anticipating. Indeed, it might very well be necessary for the Fed to shift to a more hawkish monetary policy stance than at present for it to offset the expansionary consequences of the Trump budget stimulus at a time that the U.S. economy is at close to full employment.

Were that to occur at a time that the European and Japanese economies were experiencing soft patches, the dollar would almost certainly be propelled higher, which would further complicate the emerging market economic outlook.

If he does not take the emerging markets into account in setting U.S. monetary policy, we could very well be heading to yet another generalized emerging market crisis.