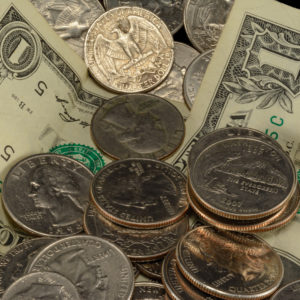 Baltimore is close to raising its minimum wage to $15 an hour but an exemption for small businesses could disincentive employers from growing, one economist warns.

Baltimore is different in that businesses with fewer than 25 workers won’t have to adhere to the $15 rate. Cities elsewhere that have passed the policy usually just allow small businesses to adjust more slowly to the increase. The Employment Policies Institute (EPI) warns businesses might just avoid adding new people.

“They are going to be in a very tough place when they reach that 25 employee threshold,” EPI Research Director Michael Saltsman told InsideSources. “That one extra employee, that one extra dollar of revenue, doesn’t just trigger a pay increase for that one employee but it basically turns into a pay increase across your entire payroll.”

Councilwoman Mary Pat Clarke sponsored the bill in the hopes of helping low-wages workers across the city. It now awaits a final vote by the city council. Baltimore currently has a minimum wage of $8.75 an hour, designed to increase annually until it reaches $10.10 an hour by 2018.

“We calculate that for going from 24 to 25 employees, if you have all minimum wage employees, that new employee costs about $200,000,” Saltsman noted. “I think that’s the clearest and most simple way to show how a policy like this prevents businesses from expanding.”

The National Bureau of Economic Research and The Heritage Foundation found the increase will have a huge impact on employment. They found the risk is especially bad for young and low-skilled workers. The University of California, Berkeley found that any losses would be marginal compared to the potential benefits.

“If you are a business that already has more than 25 employees, this is going to have its own difficulties for you,” Saltsman said. “So it creates a permanent disadvantage for these larger businesses and for these small businesses it creates a huge disincentive not to expand.”

Economists have been fairly split on whether minimum wage increases are beneficial or harmful. Nevertheless, they generally agree a reduction in employment opportunities is a potential risk. The nonpartisan Congressional Budget Office found any increase in the minimum wage could result in at least some job loss.

The Fight for $15 movement has led much of the policy fight both on the local and national levels. New York and California both became the first states Apr. 4 to raise the minimum wages to $15 an hour. Those in support of the policy have also seen successes on the city level starting with Seattle in June 2014.

Neither Fight for $15 nor Councilwoman Clarke responded to a request for comment by InsideSources.