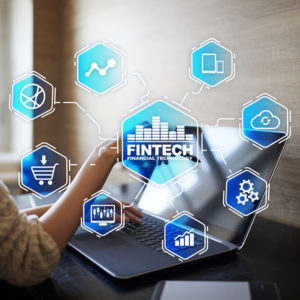 Banking, Tech Communities Are ‘Breathless’ About Fintech, But Is It All Hype?

Bankers and tech experts keep speculating that Big Tech and financial technology (fintech) companies will dramatically disrupt the traditional banking industry, but some economists say such talk is overhyped.

Deutsche Bank’s report worries that Big Tech’s and fintech’s vast accumulation of data and cloud storage of that data will pose cybersecurity and privacy concerns and substantially change how Americans use money.

“To get a feel for this, you only need to look at the retail banking space, where Big Tech [is] already starting to provide financial services to clients, often wrapped within their more traditional business offering. Over 33 million users have made a purchase via a ‘Pay with Amazon’ button, for instance,” according to the report.

When dealing with cybersecurity and privacy concerns at Big Tech companies like Facebook, regulators may have to address financial concerns given the increasingly blurred lines between tech companies and financial institutions.

“In general, the influence is seen as positive by the regulators, driving innovation and new solutions, with the impact on financial stability deemed to be negligible at present,” according to the report. “That said, as Big Tech begin[s] to play a bigger role in the financial industry (through provision of cloud services to banks or financial services to retail or corporate clients, for example), this assessment could rapidly change.”

For example, Amazon and Microsoft dominate cloud services, a fact that’s increasing concerns about both competition and cybersecurity. If Amazon suffers a breach, not only would millions of consumers be adversely affected, but so would thousands of small, medium and large businesses.

“As more and more banks shift to the cloud, they’re looking for partners on many fronts – not only to help provide frictionless payments but also to help enable and strengthen the security of those networks,” said Craig Young, CIO of Swift, a fintech company that provides secure, instant financial messaging and transactions.

Despite this shift, many banks are still concerned about the cybersecurity and privacy concerns associated with moving data to the cloud.

“The deep-seated belief that cloud is insecure remains for a large swathe of bankers. It hasn’t helped that Capital One recently had a breach of their data in the [Amazon Web Services] cloud,” wrote fintech expert Alex Jimenez in a blog post.

New technology will improve existing banking processes, he said, but not fundamentally transform it the way tech experts say.

“Yes there are some new entities in this lending world, what are called marketplace lenders, peer-to-peer type lending platforms, which have a little bit of a niche, but haven’t really eaten the lunch of the existing institutions,” White said. “As data gathering and analysis gets better, and the inexpensive transport of the data from one place to another [gets better], all of that makes this analysis more comprehensive and ought to make the banks better at what they’re doing. The world of Big Data brings more information and the need for greater analytical tools and techniques. At the end of the day, [banking is] basically the same process, trying to figure out who’s a good risk, who should I lend my money to?”

Instead of fintechs unseating big banks, the growing trend is banks buying up startup fintechs. White sees that as a more likely long-term trend.

“It’s not so much they’re buying a competitor, it’s they’re buying skills that would be otherwise more difficult for them to develop in-house,” he said. “We’ve got a lot more data and a lot more analytical capabilities, that will allow existing institutions to do what they do better.”

The Milken Institute expressed similar skepticism in a panel this week titled, “Fintech: So Much Potential, Too Little Impact?”

Rob Nichols, president of the American Bankers Association, also confirmed the ongoing trend of big banks innovating along the same trajectory as fintech companies and buying those companies to improve banking services.

“Banks were fintech before fintech was cool,” he wrote in an op-ed for American Banker. “Borrowers are better served when fintech players, banks and nonbanks alike, partner to leverage each other’s strengths. Many nonbank fintech firms have developed fast loan application systems powered by underwriting algorithms that render near-instant approvals. Banks are moving toward faster approval as well and building partnerships to deliver capital and credit to those who need it. Staying ahead of customers’ needs is a business imperative that they feel every day.”

According to the latest fintech report from CB Insights, the first quarter of 2019 saw “record M&A deals between [fintech] incumbents,” and fintech funding fell as the hyped-up fintech boom dwindled.

“It feels sort of breathless, like oh, there’s all this new stuff out there and it’s gotta make a difference! Sure, a little bit, but I’m a bit more of a skeptic,” White said.