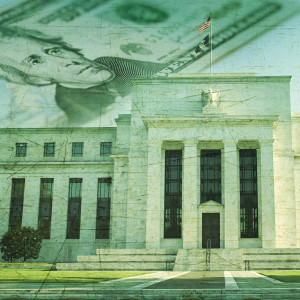 Behind the Curve at the Federal Reserve

History will not judge Janet Yellen’s Federal Reserve kindly should U.S. inflation accelerate in the months ahead as is all too likely to occur. At a time when there was every reason last year for the Fed to be accelerating the pace at which it was raising interest rates, Janet Yellen’s Fed effectively sat on its hands. As a result, Jerome Powell has inherited a Fed that is substantially behind the curve in terms of its efforts to prevent a return in U.S. inflation.

One reason that in 2017 Mrs. Yellen’s Fed should have been adjusting upward its path of planned interest rate increases was because of the substantial increase in household wealth during the year. Since the start of 2017, U.S. equity prices increased by 25 percent while U.S. home prices increased by 6 percent. This constitutes approximately a US$8 trillion increase in household wealth or the equivalent of around 40 percent of U.S. GDP. On the assumption that households are likely to spend 4 cents on every dollar of increased wealth as the Fed itself estimates, this alone constitutes a boost to U.S. aggregate demand of more than 1 ½ percent of GDP.

A second reason why in 2017 the Fed should have been more aggressive was because of the U.S. dollar’s sharp fall. Since the start of 2017, the U.S. dollar is estimated to have depreciated by around 10 percent. Past experience with dollar depreciations of that order of magnitude would suggest that over the next year or two the weaker dollar could boost U.S. aggregate demand by more than 1 percent of GDP. In addition, it could increase U.S. core inflation directly by around ¼ percent.

Yet another reason why the Fed should have adjusted upward its path of interest rate increases was to neutralize the effect of a more expansionary U.S. fiscal policy. Over the past year, not only did President Trump succeed in securing Congressional passage of an unfunded tax cut that would increase the U.S. budget deficit by around US$1 ½ trillion over the next decade, he also went along with Congress’ US$300 billion increase in public expenditures over the next two years.

According to IMF estimates, the net effect of the Trump tax cut and public spending increases will be to boost U.S. aggregate demand by around ¾ percent of GDP in both 2018 and 2019. That alone should have been reason for Mrs. Yellen’s Fed to have been more aggressive than it was in its interest rate policy.

Mrs. Yellen’s failure to pursue a more aggressive monetary policy certainly must heighten the risk that the U.S. economy will soon overheat. At a time that U.S. unemployment is already down to 4 percent, the U.S. economy is now being boosted by extraordinarily easy financial conditions as evidenced by still very low interest rates, buoyant equity prices, and a weak dollar. In addition, at this late stage in the economic cycle, it is receiving additional support from the Trump fiscal stimulus.

It should be little wonder then that the U.S. economy is now humming along at an unsustainable 3 percent pace, which is much faster than its potential growth rate. It would also seem that it is only a matter of time before the U.S. labor market tightens further and inflation starts rising. As if to underline this point, one would think that it should be of concern to the Fed that five-year inflation expectations as measured in the bond market are already significantly above the Fed’s 2 percent inflation target.

There will be those who will be advising Jerome Powell to let the economy run faster and to wait until inflation starts to accelerate before making any upward to its interest rate path. Mr. Powell would do well to disregard that counsel. Rather, he should be mindful that monetary policy operates with long and variable lags and that once the inflation genie is out of the bottle it is difficult to get it back in.

He should also be mindful of the likelihood that any further sign that the Fed is being too easy on inflation will invite the wrath of the bond market vigilantes. At a time when there are asset and credit market bubbles around the globe that are waiting on a trigger to burst, the last thing that Mr. Powell needs is a disorderly rout in the U.S. bond market.