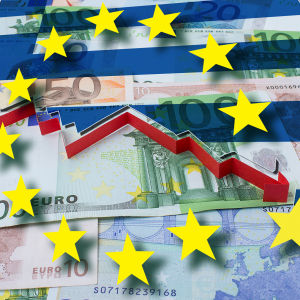 If ever one were to doubt that today’s global bond markets are excessively frothy, one need look no further than Greece to allay those doubts. Not only have yields on Greek 10-year government bonds dropped to as low as five percent, the Greek government is now planning to tap the global bond market next week with a five-year bond placement.

Coming so soon after the Argentine government successfully placed a one hundred year-bond, Greece’s return to the global capital market should leave little doubt that years of excess liquidity creation by the world’s major central banks have induced investors to take on excessive risk.

A successful Greek bond placement now would confirm a Wall Street adage that when the winds are strong even turkeys fly. It should also be raising red flags for world economic policymakers that we could be in the midst of a global debt bubble whose eventual bursting could be highly disruptive to the world economy.

Should investors snap up Greek bonds now on favorable terms, they will be doing so in disregard of a number of inconvenient facts. Among the more important of these is that Greece has hardly had a good historical record of debt repayment. Indeed, as Carmen Reinhart has noted, over the past two hundred years Greece has defaulted on some eight occasions and since independence in 1832 has been in default for approximately half of the time. Moreover, as recently as 2012, Greece restructured EUR100 billion in government debt at a highly punitive 25 cents on the dollar, which was the largest sovereign debt default on record.

Yet another fact that investors would seem to be ignoring on snapping up Greek bonds is the IMF’s assessment that Greece’s debt is on “an explosive path”. In a recent report, the IMF estimated that, absent debt relief from its European partners, Greece’s public debt to GDP ratio would rise from an already excessively high 180 percent today to 275 percent by 2060. One would have thought that this must be of some concern to private sector investors considering that Greece’s European partners do not seem to be falling over themselves to provide Greece with official debt relief.

And then there is the fundamental problem of the country’s ability to repay. Greece is seemingly incapable of generating meaningful economic growth that would allow it ever to reduce its debt burden. Over the past eight years, Greece has experienced an economic depression reminiscent of the U.S. Great Depression in the 1930s, which has seen Greek output decline by a cumulative 25 percent. One would have thought that investors would be troubled by the fact that Greece is yet to experience any meaningful economic recovery from its depression and that successive Greek governments have distinguished themselves by their egregious inability and unwillingness to undertake those structural economic reforms that might put the economy on a growth path.

Oscar Wilde said that a second marriage was the triumph of hope over experience. He might very well have had the Greek bond market in mind. No matter how often the country defaults and no matter how poor its economic performance might be, in a benign international liquidity environment it will always find willing investors to buy its bonds only to regret that decision later.