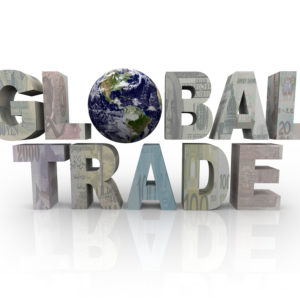 For all of Donald Trump’s abysmal behavior as president, he managed to get a few things right.

He was correct in saying that Americans have lost millions of good-paying jobs due to bad trade deals. He was right that China’s aggressive rise poses a threat to global freedom and prosperity.

And he recognized that America’s growing dependence on China for a wide range of goods — everything from prescription medications to military hardware — invites serious strategic risks.

But the tariffs also tended to squeeze imports away from China and toward producers in Vietnam, Japan and elsewhere. This has played out in a clear shift for U.S. trade flows.

While America’s goods deficit with China fell $30 billion between 2017 and 2019, the overall U.S. trade deficit actually climbed by more than $60 billion at the same time.

Still, Trump was right that America’s free-trade policies have been a failure. Since 2000, the United States has lost roughly five million manufacturing jobs and more than 91,000 factories. And as the Economic Policy Institute (EPI) has reported, America’s ongoing trade deficit with China cost 3.7 million U.S. jobs between 2001 and 2018.

These problems are now top-of-mind for many voters. It’s understandable, then, if Joe Biden wasn’t a perfect choice for industrial state workers.

In fact, Biden has a long history of mistakes on trade. In November 1993, he voted for NAFTA. In September 2000, he voted for “normalized” trade with China. In 2015, he lobbied for the Trans-Pacific Partnership. And in May 2019, he dismissed China as “not competition” for the United States.

Now, however, Biden is set to become president of a nation suffering serious  unemployment during a global pandemic. Not only is the U.S. unemployment rate hovering at roughly 7 percent, with 11 million Americans looking for work, but millions more remain chronically underemployed.

A lack of meaningful full-time employment has been a serious problem for years.

Roughly 100 million U.S. workers — two-thirds of the nation’s entire workforce — do not have a college degree. That means Biden must confront a landscape where workers are not only unemployed but lacking opportunities to find real, middle-class employment.

And so, with warning signs flashing from coast to coast, the only mandate Biden should follow is to get the nation moving again. And that means shedding any long-standing allegiance to Wall Street free traders and multinational lobbyists. In particular, it means ramping up domestic manufacturing and construction as fast as possible.

Why manufacturing and construction? Because those two sectors support some of the highest wages and benefits for non-college-educated workers. In fact, manufacturing workers earn 13 percent more in hourly compensation than comparable service industry positions.

This creates endless demand for the dollar, and drives up its value. It’s certainly a profitable arrangement for Wall Street brokers. But an overvalued dollar also makes U.S. exports more expensive overseas—and imports artificially cheap in the U.S. market.

Donald Trump often complained about the dollar’s overvaluation. But his failure to act meant that, even with tariffs, the U.S. trade deficit continued to climb. As president, however, Joe Biden can change course.

Through executive action, or open support of bipartisan legislation introduced last year, he could compel a new currency policy that would gradually lower the dollar to a competitive level.

And that would open the door to job creation through a national program of infrastructure investment, including critical upgrades to bridges, railways, waterworks, and power grids.

The disparity is striking, since dozens of Fortune 500 firms regularly pay little or no U.S. corporate taxes. To help put U.S. manufacturers on a more even footing with global competitors, Biden should work with Congress to finally close these loopholes.

Americans need good jobs. A Biden presidency can get there by making meaningful changes to U.S. trade policy along with investments in infrastructure and a leveling of the playing field for domestic manufacturers.

This is the smart, overdue path to economic revitalization that voters keep hoping for.

Steven Capozzola has served as media director at both the U.S. Business and Industry Council and the Alliance for American Manufacturing. He wrote this for InsideSources.com.