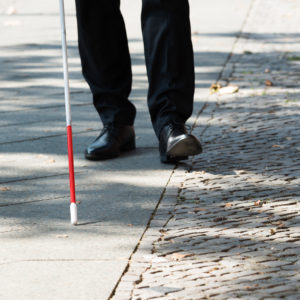 Posted to Finance October 17, 2017 by Alex Rowell and Harry Stein

President Trump and congressional Republican leaders, a group known as the “Big Six,” recently released their latest tax plan. The president claims that his plan “will cut taxes for the everyday, hardworking Americans,” but many taxpayers will actually pay more.

Incredibly, the plan costs $2.4 trillion over 10 years, but leaves 47 million households ultimately paying higher taxes so that the wealthiest taxpayers can get huge tax cuts. In fact, a few groups of Americans may be hit especially hard. Based on the details provided so far, many seniors and blind Americans can already tell that this plan will mean higher taxes for them in particular, since the plan eliminates a longstanding deduction they can currently and exclusively claim.

Under this plan, Americans who are at least 65 years old or blind will get a tax increase if they are unmarried and make between $13,000 and $27,000, including taxable Social Security income. Married seniors or blind Americans could see tax hikes if they make between $28,000 and $51,000. Since the tax plan leaves out details on children, these calculations apply only for taxpayers without children or other dependents.

Some authors of the tax plan claim that their proposal is too incomplete to be properly analyzed. But even setting aside all the missing pieces, the plan provides the details needed to know that it will harm these seniors and blind taxpayers.

These households would be taxed more because of three changes that hurt taxpayers. First, the plan eliminates personal exemptions, which allow taxpayers to take a $4,050 tax deduction for themselves, their spouse and each dependent. Second, it eliminates the additional standard deduction, a decades-old tax measure that allows seniors and blind taxpayers to write off $1,550 if they are unmarried, or $1,250 for each married filer. And finally, the plan actually raises the bottom tax rate from 10 percent to 12 percent.

At the same time, the plan increases the basic standard deduction that is available to each tax filer. But this is not enough to counteract the other tax increases for many elderly and blind taxpayers.

For example, a married senior couple earning $42,000 in adjusted gross income would owe nearly $300 more in taxes under the tax plan, even after accounting for the higher standard deduction. And a single senior or blind filer making $21,000 would owe an additional $175 under the proposed tax plan.

Proponents of the tax plan claim that raising the bottom rate from 10 percent to 12 percent does not actually raise taxes on lower-income filers because of the higher standard deduction. But these examples show that this is simply not true.

Higher-income seniors or blind individuals could also face tax hikes under the plan due to other changes. Most itemized deductions, except those for mortgage interest and charitable donations, are on the chopping block. This means that filers who itemize their taxes would lose the ability to deduct their state and local taxes, high medical expenses, and uninsured losses from theft or natural disasters.

And these Americans won’t be hurt at just tax time. The enormous tax cuts for the wealthy and corporations in this plan will threaten programs like Medicare and Medicaid that are particularly important to the elderly, blind and Americans with other disabilities.

Lawmakers face stark choices with the tax plan proposed by President Trump and Republican leaders. Should they really raise taxes on seniors and blind taxpayers with limited incomes? And do millionaires, billionaires and wealthy corporations really need tax cuts?

Alex Rowell is a research associate at the Center for American Progress. Harry Stein is the director of fiscal policy at the center.