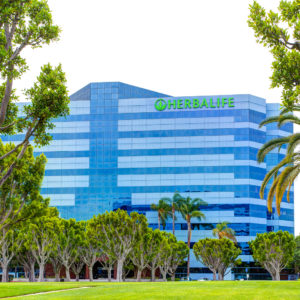 The ethanol lobby and some others make money the dishonest way — by lobbying the government to create artificial demand for their products via subsidies and production quotas.

People are induced — and if that’s not sufficient, compelled — to buy things they otherwise would probably not. Either because the product would be too expensive absent the subsidies — as in the case of electric cars — or because absent the mandates, they simply wouldn’t buy the product regardless — as in the case of ethanol, which is more expensive than gasoline and less efficient.

Another way for crony capitalists to tilt the playing field in their favor — and put money in their pockets — is by using the government to act as a kind of proxy hitman for them. To get the government to do what the market won’t.

Such as help a billionaire Wall Street hedge fund manager cripple a company whose success he bet against — when that company managed to succeed instead.

Bill Ackman of Pershing Square Management bet hugely against the supplement company Herbalife by very publicly short-selling its stock. He claims he did so as an act of civic virtue — disparaging the company as “an elaborate Ponzi scheme.”

But the fact is he stood to make a fortune off the shorting of Herbalife’s stock. And it almost worked.

After the public shorting — and a gaudy news conference in New York City at which Ackman spent almost four hours accusing the company of fraudulent business practices in order to scare off investors — Herbalife’s stock lost almost half its value in the space of less than a week.

The coup de grace was to have been a Federal Trade Commission inquisition — also very publicly pushed for by Ackman, who personally lobbied influencers in Washington, including Senator Edward Markey of Massachusetts, who wrote a letter to the FTC urging an investigation, which eventually took place.

While a fine was levied for inadequate documentation of its earnings from sales of its products, the company subsequently documented (this past summer) that 90 percent of its more than 3 million U.S. transactions were “purchases by consumers” of its nutritional supplements — exceeding the FTC requirement that 80 percent of such transactions be documented consumer transactions.

The problem for Ackman is that Herbalife isn’t a Ponzi scheme because it does sell products. Ackman may not like Herbalife’s products, but that doesn’t constitute fraud, much less “an elaborate Ponzi scheme,” as he has been claiming all these years.

Some people also don’t like Mary Kay cosmetics — or Pampered Chef pots and pans. What of it? In all of those cases, the market can decide the merits.

But that’s exactly what Ackman couldn’t abide. He allowed his personal feelings — and his lust to make a buck off them — to cost not only himself but also his customers a fortune.

Despite his best efforts at string-pulling and arm-twisting, Herbalife didn’t implode. Despite the shorting of nearly $1 billion in stock value — and the FTC investigation — the company not only survived Ackman’s vendetta, it is once again thriving. Its stock price has almost fully recovered — each uptick costing Ackman money as well as face. The whole episode has been hugely embarrassing as well as expensive.

Reportedly, Ackman’s personal losses are in the neighborhood of $400 million — not counting the $50 million he acknowledges he and his proxies spent trying to dig the supplement company’s grave.

This past November, Ackman finally cried Uncle — after trying to use Uncle Sam to do his wet work. He closed out his increasingly untenable short position, in order to staunch the financial beating he and his customers have been taking since this whole dirty business began back in 2012.

But — like Ahab pursuing the white whale — Ackman still seems to be obsessed with Herbalife. And unwilling to let it go. An article in Business Insider reports that Ackman has placed another anti-Herbalife bet, this time in the form of so-called “put options,” which is Wall Street lingo for an agreement to sell a stock at an agreed price on or before a particular date. Ackman says he hopes to limit his losses to “only” 3 percent. “We can still lose money,” he told Business Insider, “but the loss is capped.”

Ironically, Ackman is doing in reality the very thing he accused Herbalife of doing in his fantasies: Costing people — his clients — money via shady business dealings.

Maybe it’s time for the government to begin taking a look at him.