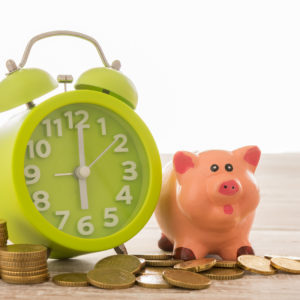 Amid the partisan gridlock, some Democrats and Republicans are finding common ground on one tax policy issue.

Critics see the current tax treatment as an egregious loophole. Emphasizing that the managers’ carried interest is payment for work, they argue that the managers should pay income tax at the ordinary rates that apply to wages (39.6 percent for the highest-paid workers) rather than the special 20 percent rate that applies to dividends and long-term capital gains.

That criticism doesn’t hold up. The current tax treatment of carried interest is not a loophole or a special tax break — it’s based on general tax rules that apply throughout the economy. Moreover, the proposed tax increase would add complexity and raise little revenue.

Despite what some critics suggest, the managers don’t automatically get the special 20 percent tax rate on their carried interest — they pay the tax rate that applies to each type of income that the fund earns. For example, they pay ordinary tax rates on their share of any interest income, non-corporate business income or short-term capital gains earned by the fund, just like everyone else who receives those kinds of income. They get the special 20 percent rate only on their share of any dividends or long-term capital gains earned by the fund.

The carried interest arrangement merely assigns part the fund’s returns, including any dividends and long-term capital gains, to the managers rather than the investors. That assignment need not lower total tax payments. Assigning the managers an extra dollar of dividends and gains along with one less dollar of ordinary income lowers their taxes by 19.6 cents, as they pay 20 cents rather than 39.6 cents. But the fund’s investors then have to be assigned an extra dollar of ordinary income along with one less dollar of dividends and gains, which raises their taxes by 19.6 cents if they’re American taxpayers.

This ability to assign income among partners isn’t a special tax break for investment funds. Congress allows partnerships throughout the economy to assign income as they please among their partners, as long as the tax assignments track how the money is actually divided.

Efforts to repeal the carried interest “loophole” quickly run into the reality that there is no such loophole. The Levin bill runs 44 pages, setting forth an array of complex and vague provisions that single out partnerships providing “investment management services” for special restrictions on income assignment.

Raising taxes on carried interest also wouldn’t raise much money. In 2015, the Joint Tax Committee estimated that a similar bill would raise $16 billion over 10 years, a mere 0.04 percent of total federal revenue.

Maybe there shouldn’t be a special tax rate for gains and dividends. Maybe partnerships shouldn’t have so much flexibility to assign income. But it is hard to see why those general rules should be changed only for investment funds, particularly when doing so would add complexity and raise little revenue.

The proposed tax hike on carried interest looks more like a populist reflex than a serious effort to improve the tax code.

Alan D. Viard is a resident scholar at the American Enterprise Institute.