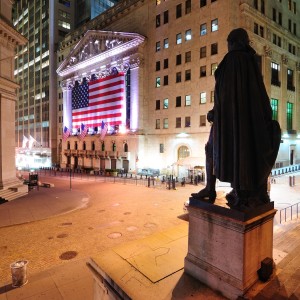 Combined, these two developments are creating new risks and opportunities for executives, big investors and retail-level Americans who want a piece of the action, according to new research.

For small investors, fees are dropping, helping to boost retirement savings. At the same time, there is also emerging evidence that the trends raise long-term investment in innovation. But concentrating so much money in a few large asset managers may be inadvertently fostering large pay packages for underperforming CEOs.

A group of researchers associated with Yale, the University of Michigan and Spain’s Universidad de Navarra found that executives in industries with high common ownership benefited to an extraordinary degree.

Common ownership has evolved out of the tremendous success of big mutual fund companies in managing the money Americans save for retirement, and it describes their dominant position as shareholders, on behalf of clients.

BlackRock, for example, is the top or second-largest shareholder in all of the 6 largest U.S. banks, according to Thomson Reuters Financial. Vanguard and State Street Advisors, are also among the top 5 shareholders in each of those banks: JPMorgan Chase, Wells Fargo, Bank of America, Citigroup, U.S. Bank and PNC. Fidelity is a top-tier investor in 5 of the 6 banks.

The rise of what’s become known as passive investing has accelerated the trend toward common ownership. Passive investing involves the use of mutual funds that track a particular index — the S&P 500 or Wilshire 5000 — and funds traded on exchanges, which avoids the need to pay managers a fee for actively managing the investments. And who better to create those index funds than Blackrock, Vanguard or Fidelity, who have the economies of scale to lower fees and still make money?

By mid-2016, funds that track indices owned 11.6 percent of the S&P 500, more than double their stake a decade ago, according to The Wall Street Journal. Vanguard’s passive funds alone own 5 percent or more of 468 members of the S&P 500, up from 3 companies a decade ago.

But it’s not only passive funds that contribute to common ownership. About a third of Vanguard’s $3.8 trillion under management is in actively managed funds. By the end of October, savers had plowed more money into Vanguard funds in 2016 than all of last year, $250.6 billion, with about 20 percent of that into active funds.

The potentially perverse effects of passive ownership stem from the way institutional investors like Blackrock or Fidelity exercise the rights of shareholders. They control the proxies of the shares, even though their clients put up the money to buy them. The scale of their ownership limits what big asset managers can do as more active shareholders, with the result that they tend to vote with management.

The authors of the new study theorize that large asset managers don’t want to promote competition among firms they own — ones that compete in the same business — since the total wealth of their clients depends on the total portfolio value, not the performance of any single company. Something like a price war with a competitor becomes, in the world of common ownership, something that no one, not management or investors, wants to see.

“Our analysis shows that managerial incentives are, at least to some extent, aligned with common shareholders’ anticompetitive incentives,” the authors wrote. “It also supports the view that anticompetitive effects caused by common ownership can obtain without ‘collusion,’ that is, without direct or indirect coordination between firms.”

In an interview with InsideSources, one of the authors, Florian Ederer at the Yale School of Management, said there’s no doubt that “passive, widely diversified portfolios have been fantastic for consumers. But one consequence may be that massive executive pay packages have more behind them than simple greed.

Ederer also warned strongly against calling the rise of common ownership and passive investing a form of collusion, which involves conscious cooperation among competitors.

Barbara Roper, director of investor protection at the Consumer Federation of America, said she hadn’t seen the new research, but cautioned against drawing sweeping conclusions from a single study. The main reason: actively managed funds, and activist investors, still have room to maneuver.

“I don’t buy the argument that companies will simply stop competing. We’re not 100 percent indexed and we won’t be,” Roper said. “Companies are competing for capital. That’s still what matters. There are plenty of competitive pressures.”

To Roper’s point, Ederer said that the effects of common ownership may turn out to be more complicated, and very difficult to categorize as good or bad.

For example, Ederer said common ownership in some industries increases innovation because it lets investors capture the value of positive externalities — spillovers from innovation outside a company — because they own shares in competitors as well. He and others are working on new research to that effect.

“More common ownership in some situations does increase innovation,” Ederer said. “We can actually show that.”

Common ownership, and passive investors, may also improve the climate for openly activist investors such as hedge funds and corporate raiders, according to another study.

When a great deal of a company’s shares are controlled through passive investors — retail small-fry who have money with Vanguard or big institutional clients of BlackRock — activists tend to forego seeking incremental changes like shareholder resolutions, according to researchers at Boston College and the University of Pennsylvania. Instead, it leads them to seek direct influence at the company, like seats on its board.