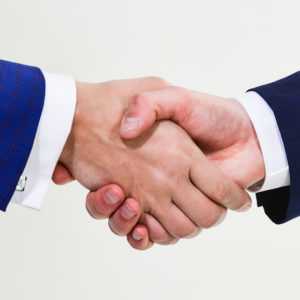 The recent deluge of antitrust bills in Congress and rulemakings at the Federal Trade Commission have kept policymakers busy as they review mergers — past and present — looking for anti-consumer outcomes. But what these regulators and bills often overlook are the consumer benefits accompanying new investment that can improve services and reinvigorate industries needing change and modernization.

The dynamism in our economy depends on companies and investors seeking investment opportunities that further innovation and growth through technology, the latest ideas, and new approaches. This pattern has only accelerated in the internet age, in which ubiquitous broadband and next-generation wireless technology are transforming everything — from the way we watch movies to how we drive.

Mergers and acquisitions often accelerate change and forward momentum in the industries. From airlines to agriculture totech, mergers can lower prices, increase consumer options and provide industries the much-needed infusion of capital needed to strengthen and expand operations.

Broadcast news is a prime example of an industry that plays a critical role in American society but is in dire need of a transformation in the face of online competitors. A recent Axios report noted Americans’ plummeting appetite for watching the news. Coupled with the decline in local newspapers, research shows increased local corruption and problems with public finances.

Earlier this year, the investment firm Standard General announced its plans to buy media company Tegna to expand local journalism and bring new vibrancy to communities across the country. The merger, if approved, would create the country’s largest minority-owned, women-led broadcast network.

This transaction is poised to provide a shot in the arm to local journalism and local newsrooms across the country, offering tangible benefits to consumers nationwide. Data show media mergers can bring “more efficient television combinations that will increase the hours of local news available to consumers and provide more of the positive social benefits associated with local television news.”

Standard General’s previous acquisitions have been consistent with these findings. In its merger with New Young Broadcasting Holding, Standard General helped the company eliminate more than $800 million in debt and revamped its stations with the newest state-of-the-art technology, benefitting consumers with in-depth coverage. For instance, the stations’ work during hurricane season in Tampa and elsewhere, using this technology highlights these advantages.

The Federal Communications Commission has an opportunity to approve this transaction and advance one of its stated goals — to expand “minority and female ownership of broadcast media outlets.” In this case, the new Standard General-Tegna combination will increase diversity for the benefit of American consumers.

The world of media is constantly changing, but consumers and communities across the county still need local broadcast news. The new Standard General-Tegna combination would reinvigorate broadcasting, add programming diversity and strengthen a much-needed resource for consumers in their local communities.