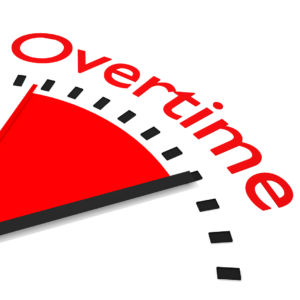 The Department of Labor (DOL) released a rule May 18 that expanded overtime to millions of more workers. The U.S. Chamber of Commerce and the International Franchise Association (IFA), among over fifty other groups, filed a lawsuit claiming the department ignored congressional intent when drafting the rule.

“We think the way they set that threshold reverses the way Congress intended the Department of Labor to define these exemptions,” Chamber Labor Policy Director Marc Freedman told InsideSources. “It’s literally a flipping of how this exemption definition is supposed to work.”

Managers and executives currently cannot qualify for overtime if they have a salary of at least $23,660. The new rule will increase the overtime salary exemption to $47,476 when it goes into effect Dec. 1. The lawsuit alleges that the Fair Labor Standards Act (FLSA) never intended the threshold to be increased so drastically and arbitrarily.

“The basic argument in our lawsuit is that the Department of Labor exceeded its FLSA-granted authority and ignored all past precedent in establishing the new salary exemption level at $47,476,” IFA Regulatory Affairs Vice President Michael Layman told InsideSources. “Further, it is also clear the DOL exceeded its authority in establishing a new automatic escalator, which will be incredibly disruptive to small businesses.”

The White House estimates the rule change will make an additional 4.2 million workers eligible for overtime. The administration has argued the updated rule will help restore overtime privileges that have dwindled for many workers over the decades.

“Over the past 40 years, overtime protections eroded as a result of inflation and lobbyists’ efforts to weaken them,” the White House said when the final rule was released. “This extra income will not only mean a better life for American families impacted by overtime protections, but will boost our economy across the board as these families spend their hard-earned wages.”

Freedman notes that in the past the threshold was tied to what workers that were performing managerial or other exempt tasks typically made. He adds that the new threshold creates its own line by increasing far beyond what those workers are currently making.

“Additionally, this new level will be automatically updated every three years to ensure that workers continue to earn the pay they deserve,” the White House also stated.

President Barack Obama and his administration have worked extensively to change national labor law. They argue it’s to benefit workers, but opponents contest many of the new regulations will hurt workers and employers. The administration, however, has been able to overcome the legal challenges mounted against the new rules.

“We file these challenges as we feel necessary,” Freedman stated. “I think each reg and challenge needs to be taken on it own terms. I don’t think there’s any attempt to link them up and say well we weren’t successful here so we’re just not going to do this other one. It’s all about the strength of the argument and the specific regulatory issue.”

Additionally, a whole 21 states have filed a separate lawsuit against the overtime rule. Freedman notes there are some differences between the two arguments but that he wouldn’t be surprised if the business groups and states joined together in some way. Both challenges were filed in Texas.

Republican Sens. Lamar Alexander and Ron Johnson introduced legislation June 7 to block the rule before it goes into effect. Republicans have been at the forefront of opposing the rule, but even some Democrats are noting some concern.