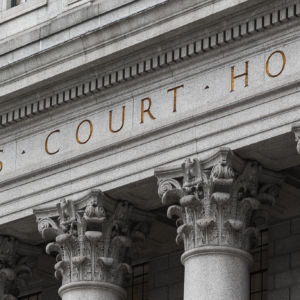 The California Senate just passed AB 3080, which bans mandatory pre-dispute arbitration between employers and employees. The bill is headed to the governor’s desk, but even if it is signed, its doesn’t necessarily signal a wave of mandatory arbitration reform across other states.

The #MeToo movement sparked AB 3080 and several other assembly bills, but AB 3080 deals with more than just sexual harassment.

Besides prohibiting contractual rules between employers and employees and independent contractors that prevent an employee from disclosing sexual harassment complaints, the bill also prohibits employers from forcing employees to enter into mandatory pre-dispute arbitration agreements. These agreements prevent employees from suing a company and compels them to handle disputes via private arbitration.

But because of the Federal Arbitration Act, only the ban on confidentiality agreements may stand in federal court if the law is passed and appealed, which is both good and bad news for California employees and independent contractors.

“If it gets to the Supreme Court, the Supreme Court will probably say that it stands to arbitration and is therefore preemptive and therefore you cannot enforce this provision of the statute, which would mean employers could insert mandatory arbitration clauses into employment agreements,” UCLA’s Lecturer of Law Jeffrey Dasteel told InsideSources. “I think that’s probably the way it ends up.”

Arbitration made use of experts — called arbitrators — in each respective industry so as to, in theory, more fairly judge the case, as jurors and judges in the traditional courts system may not have the expertise to understand the complexity of the dispute.

But as private arbitration has evolved, “it has become more and more like litigation so some of those benefits have deteriorated,” Dasteel said.

Numerous publications have found that the costs of arbitration have escalated, with one law firm calculating that in some cases, arbitration is more expensive than litigation, despite other experts and law firms — like labor law firm Littler Mendelson — finding that arbitration usually takes far less time than litigation, which can sometimes keep costs down.

“Further, unlike juries who may feel sympathetic to a plaintiff or antagonistic to large employer and award large sums including excessive punitive damages, arbitrators may be less inclined to allow personal biases or emotions to affect their award,” Littler Mendelson said in a post evaluating arbitration.

What can also happen is what Dasteel calls the “same player problem”: companies use their money and influence to essentially rig the arbitration in their favor, sometimes by using the same arbitrator over and over, because the incentives of the company and the arbitrator align.

“Plaintiffs’ lawyers contend that because one company or employer may have lots of arbitration, arbitrators are more likely to rule in their favor because they want the business, and if they rule against them they won’t get the business,” Dasteel said. “The remedy for that, especially under California law, is the arbitrator must disclose if they have had the same lawyers or represented the same parties in the past, so you can disqualify them [if necessary].”

But according to a University of Michigan study, arbitration may be a better option for lower- to middle-class employees who can’t afford a lawyer. (The study is 10 years old, but there is very little research or data on mandatory arbitration because mandatory arbitration is often accompanied with nondisclosure agreements, and arbitration data is not reported to any government entity.)

“The vast majority of ordinary, lower- and middle-income employees (essentially, those making less than $60,000 a year) cannot get access to the courts to vindicate their contractual and statutory rights,” the study states. “Most lawyers will not find their cases worth the time and expense. Their only practical hope is the generally cheaper, faster, and more informal process of arbitration. If that is so-called mandatory arbitration, so be it. There is no viable alternative.”

The study said that arbitration can be a fair and flexible process for all parties involved, but because there is no oversight, “the true challenge is to ensure due process in employment arbitration.”

A company could make entirely false claims and ignore the facts of a dispute and an arbitrator could still rule in the company’s favor — but so could an employee through traditional litigation, which seriously damage a company’s reputation.

But it seems as though many large corporations are moving away from mandatory arbitration agreements with their employees due to the #MeToo movement and public backlash, but also due to higher costs.

When Microsoft ditched its mandatory pre-dispute arbitration clause for instances of sexual harassment last year, Chief Legal Officer Brad Smith wrote in a blog post, “We appreciate that many companies and business associations believe that the opportunity for private arbitration is sufficient. A great many responsible companies — Microsoft among them — have put in place a variety of internal processes so employees can escalate concerns. Arbitration alone has seemed reasonable to supplement these processes, and for most issues that seems appropriate. But as each new story about sexual harassment demonstrates, current approaches in this area have proven insufficient.”

He continued: “We should not have a contractual requirement for our own employees that would obligate them to arbitrate sexual harassment claims. And we should act immediately and not wait for a new law to be passed.”

While California pushes to ban mandatory arbitration clauses and confidentiality agreements, the Securities and Exchange Commission (SEC) is considering forcing investors to settle disputes with public companies via private arbitration and banning investors from filing class action lawsuits, according to a Bloomberg report.

According to the Bloomberg report, the SEC Chairman Jay Clayton’s rationale is to encourage more companies to go public by protecting them from shareholder class action lawsuits.

At least one SEC commissioner and consumer advocacy groups oppose such a policy shift. Commissioner Robert Jackson said in February that he was “concerned” by these rumors.

“The idea is that our Division of Corporation Finance will be forced to approve the IPO, stripping shareholders of their right to their day in court — and radically altering the balance between shareholders and corporate insiders,” he said. “I’ve expressed a great deal of skepticism about proposals like these in the past; as I told the Senate in October, I do not have the sense that what we have in corporate America today is too much accountability. And … recent changes in the landscape have made me more, not less, concerned about this idea.”

Jackson continued to claim that “policing corporate wrongdoing” is a “team effort,” one that demands investor vigilance and sometimes class action lawsuits.

“I’m struck again and again by the sheer audacity of fraudsters and by the devastating amount of money investors lose,” Jackson said. “Almost daily, I am reminded that our world-class enforcement attorneys cannot do it all alone. Shareholder suits also help us at the SEC identify and address corporate wrongdoing. In fact, in important empirical work scholars have observed that investor lawsuits are as good, if not better, than the government in targeting certain securities-law violations.”

In a letter to the SEC sent last week, consumer advocacy groups, left-leaning think tanks and state groups, told the SEC such a policy shift would not only prevent defrauded investors from recouping their losses, but also undermine the stock market and the public companies themselves.

“Forcing defrauded investors to arbitrate their claims individually would effectively eliminate both the deterrent effect of class action shareholder lawsuits and the opportunity for these defrauded investors to recover their losses,” the letter reads. “That is because the issues in a typical case of financial fraud are too complex, and the costs of discovery and expert testimony are too high, for these claims to be dealt with effectively through individual arbitration.”

The letter proceeds to identify government enforcement as then the only way for defrauded investors to recoup their losses, which the letter claims is “not realistic” and “would also seriously erode [investor] confidence in the integrity of the capital markets.”

One columnist wrote that mandatory arbitration in the financial industry is “bad for business” because it violates “free market principles” by not allowing companies with bad business practices to face public scrutiny from its investors. In other words, it protects badly run companies.

The SEC hasn’t yet announced or confirmed this policy shift, and Carol Gilden, a partner in Cohen Milstein’s Securities Litigation & Investor Protection Practice Group, wrote in Law360 that the agency is unlikely to make any big policy shifts despite recent personnel shifts.

The SEC may not make this shift, but courts will likely strike down parts of California’s mandatory arbitration overhaul, according to Dasteel.

The anti-confidentiality clause may make it easier for corporate corruption, fraud and sexual harassment whistleblowers to avoid retaliation, but sweeping reforms like California’s may not last without adjustments to federal law.