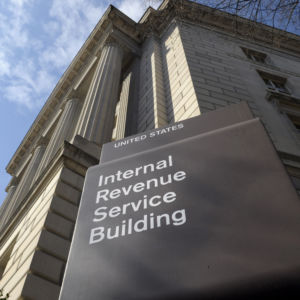 With corporate tax reform brewing away on Capitol Hill, it’s time to revisit corporate inversions and see how President Trump’s tax reform might deal with the issue.

Inversions, you ask? The term sounds like something the Weather Channel might talk about. But this inversion means something different: corporations relocating their headquarters to reduce their overall corporate income taxes. And America isn’t making it easy for them to stay.

Ireland, for example, is a favorite destination for fleeing corporations. While the U.S. corporate income tax rate stands at 35 percent, Ireland’s is 12.5 percent. Think Europe is a high-tax continent? The European average rate is 13.85 percent. Hungary is at 9 percent and Bulgaria 10 percent.

Back in April, President Trump instructed the Department of Treasury to examine the Obama administration’s efforts to eliminate corporate inversions. Now, instead of using Obama-style regulation to curb run-away corporations, the Trump administration seeks to cut U.S. corporate taxes and reduce the incentive for them to leave in the first place.

But lo and behold, other countries are cutting corporate taxes, too. With lower corporate taxes pending elsewhere, will the United States continue to be left out in the cold? Let’s assess the situation.

At present, our 35 percent corporate income tax rate is the third-highest among 202 countries and jurisdictions. We are just below United Arab Emirates and Puerto Rico. The world average tax rate, now resting at 22.96 percent, has been gradually falling since 1980.

The Trump administration’s tax reform package calls for reducing the U.S. rate to 20 percent, hoping this will better position us in the corporate income tax sweepstakes. But while 20 sounds a lot lower than 35, what matters is how we compare relative to other places that might attract corporate investment.

The world is not standing still on this matter. The United Kingdom is entertaining legislation to reduce corporate income taxes to 17 percent in 2020. France is pushing to reduce corporate rates from the current 34.43 percent average to 25 percent by 2022 — and even replace the country’s notoriously progressive personal income tax rate structure with a 30 percent flat tax. Ireland still beckons with a 12.5 percent corporate rate.

So what should we do? First off, let’s come to grips with who bears the burden of corporate taxes. We like to fool ourselves into thinking big corporations are really paying the tax bill out of dark vaults filled with money and gold bars. Sorry, there are no treasure-filled corporate troves. And if there were, the treasure would be owned by people — the corporate shareholders whose investments and business ventures fuel large parts of our economy, including many of our jobs.

Ultimately, of course, people bear the tax burden. Higher corporate taxes mean employees earn less, as do those corporate shareholders. This suggests there should be no corporate income tax at all, in favor of a flat personal income tax that would capture corporate earnings. Why not go directly to those who reap the wealth?

We know the answer to this question. Saying that we will tax rich corporations to provide benefits to less fortunate people and programs has great political appeal, whether it is what’s really happening or not. So whittling away at the corporate rate seems to be the best we can do.

But if we are going to whittle, why not get competitive with Ireland and cut the rate to 12.5 percent?