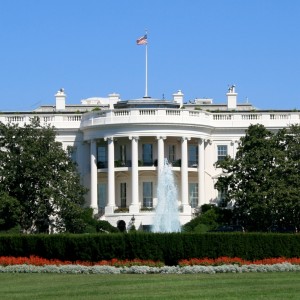 Certainly the administration is making some progress on its goal by whittling away some old regulations, and regulators are now required to get rid of two existing rules for each new rule added. Yet, at the same time, there is a heavy reverse current of activity also underway.

For example, in just the last few days, the White House has approved steel and aluminum regulatory quotas for South Korea that will limit that country’s U.S. exports to 70 percent of the last three years’ average and help lift aluminum and steel prices in America. Similar negotiations are underway with Canada, the European Union and Mexico.

Once the quotas are in place, it will be up to exporting countries to determine which of their producing firms get the golden tickets into the American market. Those governments will get to pick the winners and losers in a U.S.-formed, regulation-induced cartel. Our swamp may be drained a bit, but the world’s swamp will be murkier.

A White House-led revamping of NAFTA is also in the works. Among other things, it may require the Mexican government to raise the hourly wages of Mexican auto workers, thereby weakening that country’s competitive advantage (and likely costing some Mexicans their jobs) and hitting U.S. consumers with higher prices.

Again, the rules seem likely to call for more command-and-control regulation, more bureaucrats, and further cartelization of the North American auto industry. What we currently know of the new NAFTA will strengthen the hand of the Mexican government in picking winners and losers. The world’s regulatory swamp gets even denser.

The White House recently entertained top auto executives for a discussion of relaxed fuel economy standards that will lead to — you guessed it — continued use of command-and-control regulation. The industry seeks to maintain a regulatory cartel between the federal government and California (which holds a waiver allowing for tougher standards) to eliminate the possibility that manufacturers will be forced to produce distinct California-certified cars.

Some White House officials expressed surprise when the auto industry was not completely on board with backing off the Obama administration’s fuel economy rules. But those hard-fought-for rules, based partly on a vehicle’s footprint — meaning the larger the rectangular dimension, the less stringent the fuel economy standard — gave a distinct advantage to pickup trucks and SUVs while penalizing foreign producers who were already specialized in smaller, more fuel-efficient vehicles.

A coalition of environmentalists and auto producers happily endorsed the standards. Much like how hell-and-brimstone Baptists and the bootleggers who profit from liquor laws have a common interest, neither was ready to throw in the towel.

Draining the Washington swamp is no simple matter, and it’s hard to pull the plug without inventing more regulation. We should seek to dry up excessive regulatory burdens without requiring other countries to expand their swamps. Unfortunately, the White House’s effort, now underway, encourages concentrated political power both here and in the rest of the world. Once built, regulatory cartels are hard to eliminate.