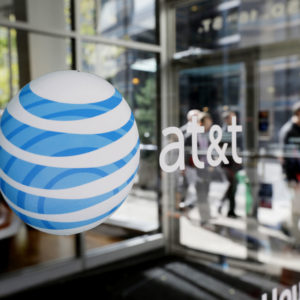 The Case Against Mega Mergers Is Written in History

A judge has green-lighted the $85 billion merger of Time Warner and AT&T. Unless the Trump administration appeals and wins on appeal, another behemoth will take the field.

This merger, it is assumed, will lead to a flurry of other mergers in communications. Witness Comcast’s $65 billion bid for Fox, topping Disney’s $52.4 billion offer.

This is heady stuff. The money on the table is enormous, in some cases dwarfing the economies of small countries.

Merging is an industry unto itself. A lot of people get very rich: They are investment bankers, arbitragers, lawyers, economists, accountants, publicists and opinion researchers. When really big money moves, some of it falls off the table into the willing hands of those who have managed the movement.

The fate of the real owners of these companies, the stockholders, is more doubtful after the initial run-up. The earlier merger of Time with Warner Communications is considered to have been disadvantageous for stockholders.

Another concern is the mediocre performance of conglomerates. The latest to have run into trouble is General Electric, which had managed to do well in many businesses until recently.

A more cautionary story is what happened to Westinghouse when it went whole hog into broadcasting and lost its footing in the electric generation businesses. This was spun off, sold to British Nuclear Fuels in 1997, then sold again to Toshiba and later went into bankruptcy.

From the 1950s, Westinghouse bought and sold companies at a furious rate, until the core company itself was sold in favor of broadcasting. One of Westinghouse’s most successful chairmen, Bob Kirby, told me it was easier for him to buy or sell a company than to make a small internal decision.

In another pure financial play, a group of hedge funds bought Toys R Us and with the added debt, it failed.

In many things, big is essential in today’s economy. News organizations need substantial financial strength to be able to do the job. Witness the cost of covering the Quebec and Singapore summits. As Westinghouse proved by default, big construction needs big resources. That is indisputable.

When growth through acquisition becomes the modus operandi of a company, something has gone very wrong. The losers are the public and the customers. The new AT&T, if it comes about, will still need you and I to lift the receiver, watch its videos and subscribe to its bundles.

Recently, I was discussing the problems customers have with behemoth corporations on SiriusXM Radio’s “The Morning Briefing with Tim Farley” when a listener tweeted that I hated big companies and their CEOs and loved big government.

The problem is size itself.

When any organization gets too big, it begins to get muscle-bound, self-regarding. Although it might’ve been built on daring innovation, as many firms have been, supersize companies have difficulty in allowing new thinking, reacting nimbly and adopting innovative technologies and materials.

If large corporate entities were as nimble as small ones, the automobile companies would’ve become the airplane manufacturers in the 1920s and 1930s. They had the money, the manufacturing know-how and the engineering talent. They lacked the vision. It was easier to be rent-takers in the production and sale of automobiles.

Likewise, it’s incredible that FedEx was able to conquer the delivery business when another delivery system, Western Union, was up and running. But Western Union was big, smug and monopolistic. It had the resources and an army of staff delivering telegrams.

Companies like Alphabet (Google’s owner) snap up start-ups as soon as they are proven. That snuffs out the creativity early, even if it wasn’t meant to, and makes Google even more dominant. I would argue too big for its own good — and for ours.