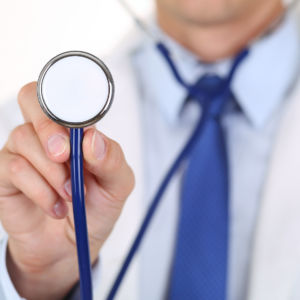 Cashing in on Implant Litigation

The world of personal injury litigation has never been a place for the fainthearted. Human tragedy and the prospect of billion-dollar settlements have made “ambulance-chasing” a lucrative business.

Wily profiteers, however, now appear to be taking the exploitation of misfortune to new lows.

In fact, in many cases women whose mesh was working well, were cold called and told they must have the device explanted immediately, this led to healthy women being harmed.

The details of the multi-part scheme are as complicated as they are despicable.

The mesh implants were developed to correct a condition called pelvic organ prolapse. It’s a common phenomenon in which weakened pelvic muscles allow a woman’s organs to drop, and can cause urinary tract infections and other problems. The mesh is intended to reinforce the pelvic wall. Unfortunately, of the millions of women who had mesh implanted, some reported complications, such as bleeding and pain. The manufacturers had to set aside billions of dollars to cover potential legal settlements.

Those lawsuits represent a very lucrative opportunity for trial lawyers, but whatever legitimate claims existed apparently weren’t a big enough bonanza for some. They realized that if women had surgery to remove mesh implants, they could extract even larger settlements from manufacturers.

And so began a slick campaign to scare as many woman as possible into surgery, regardless of whether the devices presented any health risks. It was like “The Handmaid’s Tale” meets “Better Call Saul.”

Plaintiffs’ lawyers counseled their clients to work with medical lending firms to pay for the procedures, and marketing firms working on behalf those medical funders sought out women who could become plaintiffs. To accomplish their ends, a representative would establish legitimacy by demonstrating an impressive understanding of the woman’s medical history. Next would come the urgent recommendation to have the mesh surgically removed. Surgeons were standing by, the women were told. In some cases, television ads with lab-coated “doctors” featured 1-800 numbers to schedule the surgery without delay.

The medical lending firms behind those tactics rationalize themselves as serving a public good, helping to make it financially feasible to pursue treatments and surgery. They cover the upfront cost of the procedure, and even the travel and lodging arrangements for women to get to the participating doctors and clinics. It’s almost as if lawyers were delivering patients on silver gurneys. Then, if the lawyers were successful, everyone would get a piece of the settlement.

Needless to say, all of these methods led to a proliferation of surgeries and spiraling costs. In some cases, hedge funds got in on the act.

Many of the unsuspecting women coaxed into having the procedure were of modest means and insufficient health insurance. Sadly, in many cases what seemed like an offer too good to pass up resulted in surgeries that were not only unnecessary but often resulted in terrible consequences including infections, incontinence and debilitating pain — as well as financial hits.

Ideally, lawsuits in our justice system deliver justice to patients and encourage manufacturers to be extra careful about the development and testing of their products. What has come to light in the last few years with the vaginal mesh implants, however, more closely suggests a dubious cottage industry to jack up settlements, using the victims as pawns.

And the scheme is apparently just getting off the ground. Last spring, The Times noted that one of topics at a tort industry gathering in Las Vegas was medical funding for personal injury litigants in suits involving a mesh used to treat hernias.

In a just world, big windfalls for lawyers and their cohorts should also mean more money for people who have suffered. For that reason, the Common Benefits Trust had a program to aid women who received faulty silicone breast implants.

The prospect of sophisticated schemes to steer women into surgery, however, raises questions regarding whether the money in such trusts could also be used by lawyers as a slush fund to gear up for the next tragedy to exploit.

Innovation in moneymaking strategies sometimes edges close to the line in terms of the law or ethics. With the litigation involving the vaginal mesh implants, however, the accumulating evidence suggests that some may have crossed that line without any common decency.

It’s therefore no surprise than in September, The Times reported that the United States attorney’s office for the Eastern District of New York has issued subpoenas to find out more.

A criminal investigation offers a good start, but when will there be real consequences? Authorities in other states and at the federal level must act with speed and resolve to prevent a potentially parasitic industry from deepening a national tort industry menace.