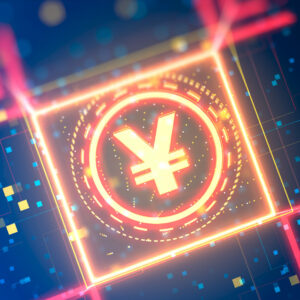 China recently unveiled its own national digital currency. The development creates an instant threat to the U.S. dollar’s role as the world’s reserve currency. It gives China a powerful new tool for exercising “soft power,” and massively undermines one of the United States’ most important foreign policy weapons. Failure to respond effectively will seriously harm America’s global standing.

China’s “digital yuan” represents the natural evolution of fiat currencies. When in 1971 the U.S. government finally unpegged the dollar from the price of gold it severed the connection between “paper money” and real, hard assets.  The dollar, like most other government issued currency, became worth whatever the market was willing to pay for it.

It didn’t take long for currencies to become untethered even from paper itself.  The nominal value of transactions done in dollars vastly exceeds their actual existence in the real world.

According to the Federal Reserve there are roughly $2.1 trillion dollars in cash and coins in physical existence. By contrast, there are currently approximately $12.7 trillion in deposits at U.S. banks.  If every person in the world owed a dollar demanded it immediately, there wouldn’t be nearly enough to go around.

Most currency is digital. It exists as computer code, freely transmitted at the speed of light among central banks, financial institutions, merchants and individuals. However, most of the world still maintains banking systems that operate as though currency is held in giant vaults at the local bank.  China appears to be the first government to adapt its financial system to the world that really exists.

A digital yuan acknowledges the reality that fiat currencies no longer need a deposit-based banking system in order to circulate broadly throughout an economy. It allows the central bank of China to create a bank account on behalf of every user of its currency. By downloading an app a user has her own vault at the People’s Bank of China, without the need of a depository institution standing in-between the user’s currency and its issuer.

China was not the first country to realize the power in allowing individuals to have their own central bank account. In a 2018 paper entitled “The Case for Central Bank Electronic Money and the Non-case for Central Bank Cryptocurrencies,” the Federal Reserve Bank of St. Louis wrote:

“We believe that there is a strong case for central bank money in electronic form, and it would be easy to implement. Central banks would only need to allow households and firms to open accounts with them, which would allow them to make payments with central bank electronic money instead of commercial bank deposits.”

Unfortunately, it appears only the Chinese government was paying attention. The failure of the U.S. to move quickly in implementing a central bank digital currency could prove disastrous.

Since the end of World War II, the United States dollar has been the world’s reserve currency. Among other advantages, this means the most important assets in the world are priced (and ultimately paid for) in U.S. dollars. Gold, oil, debt securities, to name a few, are all effectively fungible for dollars.

The dollar’s supremacy also allows the U.S. to levy sanctions on its enemies. By forbidding access to the U.S. banking system the U.S. has been able to starve its opponents of the cash they need to do things like finance terrorist operations or build nuclear weapons.

When it created an electronic currency with a ledger that resides directly at the central bank, China developed the power to cut the U.S. out of the payments process. As more countries (and individuals) prize the ease and friction-free cost of using the digital yuan, the dollar could lose its prime spot in the global economy.

Discomfort with the idea of China acting as the world’s banker could harm its prospects, but ultimately the market will belong to the technology leader–and right now China is in a class of one.

Having allowed China to take the lead, America’s best option now may not be with central bank money.  Facebook has proposed issuing its own digital currency. With literally billions of users, a “Facebook dollar” would immediately be able to harness a worldwide network that China (and others) would find difficult to match. Because it is not a government entity Facebook would also potentially enjoy a level of trust that government-controlled accounts lack. And as an American company, U.S. regulators would still likely be able to exercise at least some measure of influence over its operations, giving U.S. officials resources they will lack if the digital yuan replaces the dollar.

Facebook’s efforts have thus far met strong opposition from U.S. politicians. Given the threat posed by the digital yuan, this is short-sighted. America cannot afford to fall even farther behind in the race for a global digital currency.

Greg Zerzan was Assistant Secretary of Treasury in the George W. Bush administration. He wrote this for InsideSources.com.