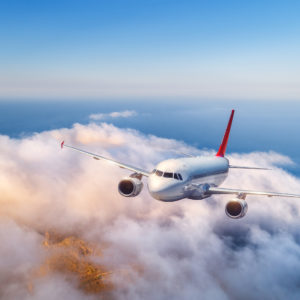 In hearings last month in the House of Representatives, the new Democratic majority took up one of their favorite subjects: tax increases.

This time they want to sock it to all passengers at airports, because – apparently – you aren’t paying enough for your flights.

The taxes that they would hike are misnamed Passenger Facility Charges, or PFCs for short. You are already paying this tax every time you fly on an airplane.

That short hop flight from Sea-Tac to Portland cost you an extra $4.50 because of them. If you got on a connecting flight to, let’s say, San Francisco, which cost you an additional $4.50. And so on and so forth, up to $18 roundtrip.

There would be no way to get around these charges at airports. All flights on all carriers would be taxed the same.

This tax hike is being brought up as part of the new push for an infrastructure spending bill. Republicans sometimes go along with increases of this sort if they’re labeled fees. But make no mistake, this is a tax.

And it’s a highly unnecessary one to boot. Most American airports are currently rolling in cash as America’s domestic boom continues. They already receive billions every year from passengers, airline rents, restaurants and stores in the terminals, and other federal funding. In fact, the Aviation Trust Fund alone has an uncommitted balance of more than $5 billion.

The truth is, there just isn’t a shortage of funds for airports. One reason for that is, with very few exceptions, politicians have not been able to dip their hands in the pot. Funds generated by airports have had to be spent on maintaining and improving those airports, not on boosting general revenues.

And that’s a good thing, but now airports are trying to insist that the record revenues they are bringing in just aren’t enough. They want Congress to just give them more money by approving this tax hike. At least one party is inclined to give that money to them, and the other party is going to come under tremendous pressure to go along with it as a small bit of logrolling to pass a larger infrastructure bill.

Wiser heads should prevail here. This tax hike is unneeded, unnecessary, and will fall hardest on families and small businesses that may already have plenty of other things stretching their resources thin.

In fact, at a future hearing, it would be fun to see an enterprising member of Congress really take it to the advocates for higher PFCs. He or she could point out record revenues by airports and ask if the tax shouldn’t be reduced instead since they can’t spend the money that they’re taking in fast enough.

The plain fact of the matter is that American air travel is not taxed too little, but too much.