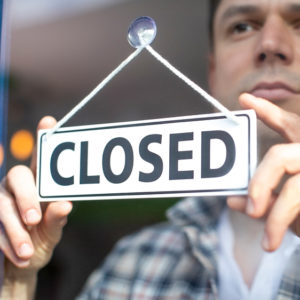 Congress Can Provide Hand Up to Small Businesses Without Ballooning Budget

Since the Coronavirus Aid, Relief, and Economic Security (CARES) Act was signed into law on March 27, small businesses across the country have lined up for forgivable loans through the “Paycheck Protection Program” (PPP) that was part of the legislation.

And, as of May 30, small businesses have received 4.48 million loans averaging $114,000 under the PPP.  But even this gargantuan $510 billion allotment may prove too limited for businesses continuing to suffer from the coronavirus pandemic.

Lawmakers recently extended the forgiveness period of PPP loans and increased the flexibility of loan conditions. Giving out more flexible, generous loans without tightening eligibility, however, will result in astronomical costs for taxpayers.

Congress needs to reform PPP with actual struggling small businesses (including looted businesses) in mind, instead of offering a blank check to any company that comes knocking.

On June 3, the Senate passed House legislation tweaking PPP rules to expand loan forgiveness. Currently, recipient businesses must spend at least 75 percent of their loans on payroll in order for loans to be forgiven.

Additionally, the forgivable amount of the loan is based on payroll costs over an eight-week period. When these PPP revisions go into effect, the required payroll spending threshold will be reduced from 75 percent to 60 percent.

And, the eight-week (two month) forgiveness window will turn into a 24-week (six month) window. Even if the newly proposed six-month timeline is too generous, lawmakers have the right idea extending out the forgiveness window.

When the CARES Act was passed, members of Congress simply had no idea what the state of the pandemic – and economy – would be in two months’ time.

It’s readily apparent that the economy is still far from normal and modified stay-at-home orders continue to limit business activities. Restaurants and cafes, for instance, are still unable to open up for indoor service in many states across the country. Some in-store retail has resumed, but it’s especially hard for, say, small boutiques to reopen and make a profit while adhering to social distancing capacity limits.

These businesses are still grappling with low sales and will probably need at least another month or two of loan forgiveness before getting back to their former selves. It also makes sense to reduce the spending threshold on payroll to give some much-needed flexibility to store owners.

While it’s important to keep workers on payroll, investments in equipment can help businesses adapt to social distancing guidelines and prevent layoffs. For example, businesses may want to invest in High Efficiency Particulate Air (HEPA) filters which may help limit the spread of COVID-19 in their stores.

Such investments with PPP dollars count against the 75 percent payroll spending requirement, and thus dissuade businesses from making these purchases.

But there’s a major issue with expanding out PPP eligibility: taxpayer costs.

The deficit this year is already approaching $4 trillion and expanding out PPP loans will only make matters worse for taxpayers who will ultimately have to pay for these programs. Congress can mitigate costs by limiting business eligibility for these recently passed changes.

Currently, “small” businesses are defined as operations with 500 employees or fewer.

But the businesses most likely to bear the brunt of staggered reopening plans are businesses with 50 employees or fewer. These small shops and restaurants will face especially large logistical hurdles in welcoming employees and consumers back in and sufficiently spreading out seating.

Amending the forgivability threshold to, say, 16 weeks (instead of the proposed 24 weeks) and limiting the expansion to companies with 50 or fewer employees would help genuinely small businesses in a sustainable way. And, since these businesses know best how to stay alive, relaxing payroll spending requirements would give owners much-needed flexibility.

Congress should also consider extending loan forgiveness toward businesses that were damaged, broken into, and/or had their goods stolen as a result of recent unrest.

Looting and rioting-related expenses could be compensated under the PPP program, provided guardrails are in place to ensure that taxpayer dollars aren’t crowding out private insurer dollars.

Lawmakers should lend a hand up to struggling businesses without ballooning the budget.