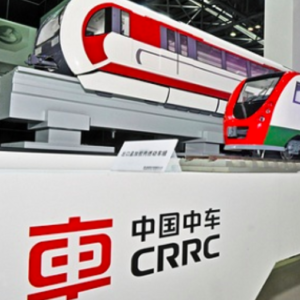 In an era where bipartisanship is difficult to come by, Congress found something it agrees on — preventing the use of federal funding to purchase passenger railcars from Chinese state-owned companies that are not competing on a level economic playing field and present significant cyber-security threats to critical infrastructure.

Both the House and Senate versions of the National Defense Authorization Act (NDAA) use language from a bill known as the Transit Infrastructure Vehicle Security Act (TIVSA) to do exactly that. The provision earned bipartisan support in both chambers and is now heading to conference.

Why is this issue so pressing? China is ambitiously expanding its geopolitical influence through its “New Silk Road” and “Made in China 2025” plans, with sights on American infrastructure. Through its government-owned corporation China Railway Rolling Stock Corporation Ltd. (CRRC), the communist regime has aggressively entered public infrastructure bidding in major cities, already winning bids in Boston, Chicago, Los Angeles and Philadelphia. Regularly underbidding competition from 20 percent to 50 percent with the help of a state-backed ownership scheme, CRRC gains access to federal tax dollars and pubic infrastructure.

This should not go unchecked. Congress must thwart this market and security invasion by ensuring the inclusion of the critical TIVSA language in the final version of the NDAA.

Withholding federal tax dollars from hostile powers is a convincing enough reason alone to include TIVSA in the NDAA, but there are many more reasons our policymakers must act.

First, despite pro-job messaging touted on its website, CRRC does not create jobs — it simply reshuffles existing or promised jobs, usurping jobs from long-standing economic partners and allies. In fact, an Oxford Economics study found that for every $1 billion awarded to state-owned Chinese businesses, the U.S. stands to lose 3,250 to 5,100 jobs. Framed another way, for every job created through Chinese transit projects, the United States could lose 3.5 to 5.4 jobs.

The job losses result from state-backed competition playing on an uneven field. The significantly sub-competitive bids mimic the behavior of new players in a market, like airlines offering low fare to entice and win over clientele. But there is no true bottom line for CRRC, which acts with the backing of the entire state-managed Chinese economy and takes on no risk with low bids to win loyal customers. Rather, by underpricing, state-backed corporations can force competitors and domestic industry out of the market, because they cannot afford to compete.

The most salient example of the risks at hand is Australia, where China aggressively entered the freight railcar supply industry. It used below-market bid pricing to undercut market-based competitors, and effectively drove them out. This ultimately destroyed the entire domestic industry in only nine years, leaving a Chinese monopoly to supply and manage the Australian freight sector.

A since-deleted tweet from CRRC openly advertises its ambition, “So far, 83% of all rail products in the world are operated by #CRRC … How long will it take for us conquering the remaining 17%?”

The primary concern the TIVSA language in the NDAA seeks to address is rail rolling stock, or passenger trains and subway cars. With these contracts, China could have eyes and ears inside New York, Washington and cities across the country. CRRC’s first rail cars in the United States were put on the tracks in Boston this summer. Modern rail cars are full of electronic and digital components from Wi-Fi connectivity to Positive Train Control technology. It is virtually impossible — or prohibitively expensive — to ensure that the electronic aspects of the cars supplied by CRRC do not include latent surveillance equipment, backdoors for the Chinese government, or susceptibility to remote hacking or control by adversaries.

Adding validity to this concern is the increasing surveillance state within China and the top U.S. spy chiefs raising concern over embedded spy technology. Repeated U.S. military data breaches give policymakers abundant reason to take even the whiff of a threat seriously. A report from the Office of the Director of National Intelligence indicates that Russia and China already have the capability to shut down U.S. infrastructure, including energy and power companies. Now imagine China developing and installing that infrastructure.

The potential costs are too high to allow China access to our transit infrastructure. States and localities may vet bids, but Congress has the authority and duty to act to prevent this critical threat from materializing.

Without TIVSA, the NDAA will lack an essential instrument for national security, economic security and good governance. Congress must act, and act decidedly.