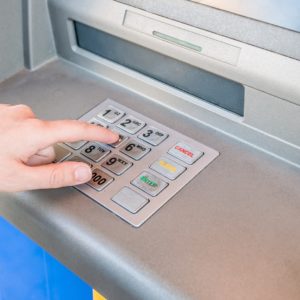 After 5 years of deliberation, the top federal consumer regulator is gearing up to regulate checking account overdrafts, a potentially huge hit to $10 billion in annual revenue that the nation’s banks harvest from the service.

The agency is likely to revisit a regulation that was imposed before Congress created the Consumer Financial Protection Bureau, one that persuaded millions of customers to make a change that avoids overdrafts in the first place, according to people briefed on its deliberations.

The change, if it’s the centerpiece of the agency’s new regulation, has the potential to both infuriate the bank lobby and disappoint the consumer groups who campaigned for the creation of the bureau in the sweeping Wall Street reform legislation Congress passed in 2010.

Banks have long argued that overdrafts, which allow customers to draw accounts below zero for a fee, are a service that consumers value. Consumers groups counter that the vested interest banks have in encouraging account holders to overdraw has to be met with hard-and-fast rules limiting overdrafts and the cost of the service.

“We want to see the bureau use its authority to really reform the way overdraft and checking account programs work,” said Rebecca Borne, a researcher with the Center for Responsible Lending.

While the consumer bureau has drawn the ire of banks and the enthusiastic backing of consumer advocates since it opened its doors exactly five years ago in July 2011, little will compare with the controversy that’s likely to erupt if the agency proposes rules taking a significant bite out of overdraft revenue. Perhaps sensing the import of the issue, the bureau once named its summer softball team “The Overdrafts.”

Concrete proposals are likely to come early next year, according to people briefed on the bureau’s work. Spokesman David Mayorga said that the CFPB is “continuing to engage in additional research.”

Since the 1990s, overdraft fees have been a mainstay of fee-based income earned by banks, a category of revenue that’s distinct from a bank’s traditional source of cash that comes by arbitraging the difference between interest earned on loans and that paid on deposits. Fee-based income is attractive to banks because it tends to be recurring, is easily scalable, and doesn’t involve the costly effort to identify and manage loans.

In 2015, banks harvested $11.2 billion in overdraft revenue, and $2.7 billion in the first quarter of this year, according to the Federal Deposit Insurance Corporation.

Banks can impose overdraft fees — around $35 on average — when a customer uses a debit card or writes a check or requests a direct debit that takes an account balance below zero, though not all banks levy the fees in every case. Bank of America, for example, doesn’t impose fees on debit-card transactions, but it still raked in $429 million for overdrafts in 2015, according to the FDIC.

Banks have long argued that overdrafts are a service that customers value, because it ensures that a mortgage payment isn’t returned for insufficient funds or a vital purchase still goes through.

The Independent Community Bankers of America, which represents smaller banks, has argued strongly against tough regulation of overdrafts, saying that its members work closely with customers to ensure they don’t abuse overdrafts.

“Overdraft regulations and public policy must ensure that consumers are not subject to an increase in the number of returned transactions and subsequently forced into more costly non-bank financial services such as payday loans,” the ICBA wrote in a 2012 study.

For several years, smaller banks opposed the regulators’ efforts to even collect information about overdraft revenue in the quarterly reports that every FDIC-insured bank must produce. But last year marked the first full year that the data has been available, and it paints a picture of a lucrative revenue stream that is distributed unevenly across banks.

Wells Fargo, for example, reaped $437 million in overdraft revenue in the fourth quarter of 2015, about 6.4 percent of its non-interest income — significant, but not central to its profitability. Woodforest National Bank of The Woodlands, Texas, which is a fraction of the size of Wells, relied on overdrafts for 42 percent of its non-interest income.

Over the past five years, the bank defense of overdrafts has come under withering attack from consumer advocates, and the CFPB. Their core argument has been that the current rule on overdrafts, a 2009 regulation by the Federal Reserve, doesn’t satisfy consumers, and permits abusive practices to continue.

The Fed rule allowed overdrafts for debit cards, but required banks to query their customers whether they wanted to be allowed to overdraw, or whether they’d prefer to have the transaction declined at the point of sale if they don’t have sufficient funds. This “opt-in” rule left bank overdraft practices largely in place as most consumers chose to keep it.

Pew Charitable Trusts studied the issue extensively in 2014, and found that 68 percent of account holders would rather have their transactions declined than be assessed a $35 fee, suggesting a disconnect between what they truly want, and what they tell banks. Thaddeus King, a research officer at Pew, attributes that to the hard sell banks give their customers — online, on the phone and at branches.

“When you look at the amount of time banks get on overdraft, there is an incentive to opt in,” King said. “That same aggressiveness doesn’t exist to get consumers to opt out.”

What’s more, a new source of information has revealed consumer dissatisfaction with overdrafts: the complaint database that the CFPB runs.

About 11 percent of the 500,000 complaints that the CFPB has received deal with bank accounts, and about 1 in 4 — roughly 13,000 people — registered their discontent with overdraft practices. Some people protested that they checked their accounts to confirm they had enough money but still incurred overdraft fees. Others complained that the bank had debited larger amounts before smaller charges to drive their balances below zero as quickly as possible and maximize the number of fees.

The consumer bureau may yet order up a rerun of the 2009 rule, and force banks to go back to their customers and ensure that people actually value the service, said Borne of the Center for Responsible Lending. It could be done with a standard form or other ways that clearly lay out what will happen.

To consumer groups, this approach would ignore a fundamentally unequal power that banks and consumers have on overdrafts, and a very limited victory on something they’ve made a priority for the last 5 years.

“Banks will always have more incentive to encourage overdrafts than their customers will to avoid overdrafts,” Borne said.