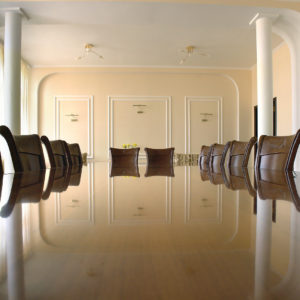 Corporate Governance by the Board, Not the Government

Posted to Finance November 09, 2016 by Bernard Sharfman and Michael Wilt

Starbucks recently made a big change to its corporate bylaws, but thankfully for the typical consumer this change won’t affect your daily Pumpkin Spice Latte. For Starbucks shareholders, however, their preference for who runs the company may be changing due to new rules recently implemented by some corporations. It’s concerning that the government may impose these rules on all regulated corporations at the behest of interested groups.

Proxy access allows shareholders or a group of shareholders, usually holding around 3 percent of the company’s shares, to directly nominate candidates for the board of directors. Traditionally, the board of directors nominates its own candidates for board vacancies. Groups representing public pension funds and labor unions have pushed for proxy access in order to open up corporate governance to their particular interests. Regulators at the Securities and Exchange Commission tried to make the rules mandatory five years ago, but a federal appellate court struck the rule down.

Starbucks’ new rule is similar to the bylaws changes made by some corporations in the last two years, as well as the rule the SEC sought to impose. Only shareholders— up to 20 — who have held shares for at least three years and at least 3 percent of all shares, may nominate up to two candidates for the board. According to the Institutional Shareholder Services Corporate Solutions, 39 percent of S&P 500 companies provide a proxy access right as of the end of August. Before 2015, few corporations provided for proxy access, but there is a recent trend toward wider adoption.

Other details of proxy access bylaws could also be contentious. In July, the SEC’s Division of Corporate Finance allowed an H&R Block shareholder to modify the company’s proxy access rules. This decision unexpectedly sided with two shareholders who sought to alter what types of shares are considered owned and whether proxy access nominees could be re-nominated. Before the debate on the merits of proxy access has even been settled, activist shareholders are tinkering with the details of corporate governance, with the help of SEC regulators.

While some claim that long-term shareholders have a “fundamental” right to proxy access, the truth is that shareholders have never had such a right under the law. For small companies with a handful of well-informed investors, nominating candidates for the board may work. For large public companies with thousands of shareholders, most of whom are uninformed about the critical aspects of corporate operation, proxy access may be an inefficient solution for a problem that doesn’t exist.

The obscurities of the proxy access debate may sound like another language to most investors, and that is precisely the point. Shareholders entrust the board of directors and corporate officers to handle the details of management. This arrangement typically works for shareholders. While shareholders of companies like Starbucks should be free to choose proxy access bylaws, they should not be forced to do so by government regulators.

Bernard Sharfman is an associate fellow at the R Street Institute and author of the Mercatus Center working paper “What Theory and the Empirical Evidence Tell Us About Proxy Access,” and Michael Wilt, a senior policy writer and editor with the Mercatus Center at George Mason University.