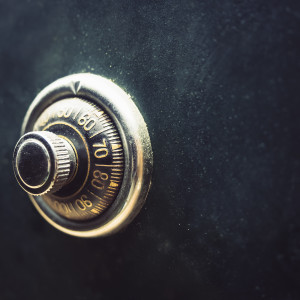 Editor’s Note: For an alternative viewpoint, see: Counterpoint: Why We Shouldn’t Bring Back Glass-Steagall

The Glass-Steagall Act is the Depression-era law that gave financial companies a choice: you could be a plain old bank and enjoy the benefits of deposit insurance, or you could be an investment bank and trade in risky securities. But you couldn’t be both — you couldn’t play the casino with federally guaranteed funds.

There’s been a lot of talk about Glass-Steagall lately. In fact, the subject has probably drawn more scrutiny on the 2016 campaign trail than it got from most of the Republican and Democratic lawmakers who voted for the law’s repeal in 1999. Nevertheless, some key points have been widely ignored in the debate between proponents and opponents of a new Glass-Steagall Act.

The opponents make a simple argument. Too simple. They point out that nonbank mortgage companies like New Century and investment banks like Lehman Brothers were among the worst actors in the run-up to the financial crisis of 2008. Since Glass-Steagall never directly applied to these “shadow banking” institutions, the logic goes, the law’s repeal had no role in the ensuing disaster, and its reinstatement would make no sense today.

There are three large problems with this reasoning. First, the long, slow death of Glass-Steagall (its formal repeal was just the final exclamation point) had a lot more to do with the 2008 crisis than the opponents acknowledge. Second, the proponents aren’t trying to restore the old Glass-Steagall. They’re talking about a new piece of legislation, the 21st Century Glass-Steagall Act, which would keep banks from engaging in the specific practices that triggered the financial crisis. Finally, bringing back the basic wall between conventional and Wall Street banking will have multiple added benefits for our financial and political system.

When it comes to the causes of the crisis, traditional banks were deeply implicated. With the Glass-Steagall firewall removed, they quickly dived into the Wall Street securitization business, which involved buying and selling subprime mortgage loans and packaging them into the fraudulent securities that triggered the crisis. If the portfolios of Citigroup, Bank of America and others had not become stuffed with these “toxic assets,” American taxpayers would not have been asked to spend appalling sums bailing them out. The crisis was so devastating in the end precisely because the bad behavior was NOT limited to shadow banks.

Citigroup, it should be remembered, was the chief instigator and most conspicuous beneficiary of Glass-Steagall’s repeal. Not coincidentally, it became the No. 1 recipient of government support. It is therefore particularly notable that the two chief executives who presided over the deal to create this first “universal bank” have both since said that the law’s repeal was a mistake.

Another major player in the backstory of the financial meltdown, the insurance giant AIG, decided to buy a bank precisely in order to gain the freedom to gamble in the derivatives market without having to worry about insurance regulations — or traditional bank regulations.

The crisis spread rapidly from shadow banks to conventional banks because there was far less of a division between them than many now like to pretend. Shadow banks depended on extensive bank financing and support. The two kinds of institutions were deeply entangled then, and despite the reforms of the Dodd-Frank Act, a recent New York Fed study concluded that they still are.

It is true that some of the dangerous things banks did would not have been affected by Glass-Steagall in its original form. But the 21st Century Glass-Steagall Act has been updated to focus directly on the links between shadow banking and conventional banking. It would require banks to forgo a wide variety of risky and murky activities, including dealing in derivatives and participating in complex securitizations.

Just as important, the aim of this legislation is not simply to make banks safer, but also to eliminate the serious conflicts of interest that arise when a company responsible for safeguarding people’s savings gets into the business of packaging and marketing complicated securities. Such conflicts lay at the heart of the stock market crash of 1929; they loomed large again in the story of the 2008 crisis, and they will remain to cause more havoc as long as the law allows them.

Finally, what you think about Glass-Steagall depends on your view of the vast economic and political power of the megabanks. The six biggest today issue more than two-thirds of the nation’s credit cards, they control 95 percent of all derivatives, and hold more than 40 percent of bank deposits. Split up along Glass-Steagall lines, these institutions would be a much less unified political force. Conventional banks would have their concerns, investment banks would have theirs, and in the cracks between there would be more room for the public interest to be heard.

The 21st Century Glass-Steagall Act is not a complete fix for any of these problems. It’s an important piece of the answer to all of them.