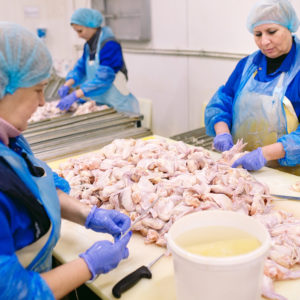 COVID-19 Reveals the Vulnerability of the Meatpacking Industry

The U.S. Supreme Court ruled in Swift & Co. versus The United States, in 1905, showing an indignant operation of the beef and the broader meatpacking industry. It was ruled that Congress has the power to regulate all interstate commerce, considering the impact of the commerce implications across the country.

The court established the “stream of commerce” argument that characterizes the flow of development of select products and services. Beef, in this case, became a term to describe further the entire flow and the lifecycle between a cow becoming a viable meat product for consumption in some sort. In turn, the passage of benchmark legislation passed, including crucial amendments to the Sherman Antitrust Act of 1890.

Presently, the meatpacking industry is falling under its infrastructure. Amid the global COVID-19 pandemic, data from the Centers for Disease Control and Prevention (CDC) indicate that thousands of meatpacking workers in the U.S. have been diagnosed.

The CDC’s July 10 Morbidity and Mortality Weekly Report found that at least some 9 percent of the workers at meat and poultry facilities in 14 states were diagnosed with the COVID-19 disease.

The Midwest Center for Investigative Reporting numbers corroborates the CDC findings, indicating that about 34,200 workers have tested positive for the virus. Other CDC data also shows that 87 percent of the meatpacking workers who have been infected with the disease are a part of racial and ethnic minority groups.

The nation’s meat supply has also hit dangerous lows earlier in the year. Prices have slowly recovered, and the market is still strained at the time. However, the industry’s current status is even designed to emulate a structure that supposedly advocates corporate independence over worker safety and animal welfare standards.

President Truman signed the act into law in 1950, on the eve of the Korean War. Given this historical backdrop, the Defense Production Act is designed to nationalize, and control prices over the goods, services, and byproducts of industries considered national security assets. Food industries, especially, fall under these classifications if the law is implemented.

The law was used over the decades for military operations, but also public health emergencies.

For instance, Trump faced and still faces well-founded criticism for his delayed implementation of the act to accommodate shortages in facemasks and other personal protective equipment for healthcare workers and those employed in critical industries.

Given shortages in food supplies brought on by pandemic-related meatpacking plant closures, the president ordered such facilities to stay open throughout the interim of the national emergency at indeed any cost. This action, however, has proven that even the management over meatpacking facilities was and remains underprepared for social distancing, sanitation, and worker protection and incentives.

Many meatpacking plants are designed with close quarters for workers, making it more likely germs can spread from human to human. But, the mere fact that many meatpacking plants still struggle to meet occupational safety standards is a telling sign of institutional failure. Worker protections in the meat cabal have been clawed back by former and current Trump administration officials and the president.

With COVID-19, investors, consumers, workers, and their families have sued demanding action to protect workers’ health and safety or shut down. Lessons need to be learned, desperately.