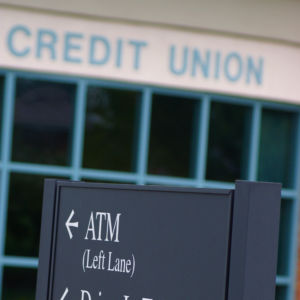 Credit Unions — a Formula That Congress Got Right

The head of the Florida Bankers Association recently opined that credit unions aren’t paying enough in taxes. The comment was rich, considering that banks control 93 percent of financial depository institution assets. Deemed too big to fail, it was these very banks that turned their backs on consumers and small businesses during the last recession, while the credit unions increased loans by 40 percent.

The National Credit Union Administration reports there are 5,530 federal credit unions totaling $1.4 trillion in assets. In stark contrast, banks are more numerous, offer a wider range of financial services, are driven by profits, and hold $17.5 trillion in assets.

A lot of large banks have not been serving consumers well. In the period 2009 to 2016 North American banks were fined $204 billion for their misbehaviors. JPMorgan Chase reported its assets to be over $2.5 trillion at the close of 2017, and was reportedly reprimanded for abuse of mortgage customers, paying a $13 billion settlement to the Department of Justice. Wells Fargo, another bank with asset size to rival the entire credit union industry, has spent much of the last few years in the regulatory doghouse for unauthorized opening of accounts and for alleged mortgage wrongdoing.

It is true that Congress established the credit union model as a not-for-profit, tax-exempt institution to promote thrift and provide access to credit for provident purposes. Credit union services are similar to what banks provide, but with member-owned governance and promoting financial education. That formula seems to be working.

Credit unions educate consumers on prudent behaviors, such as planning, budgeting and thrift, while providing low-cost loans for consumers to finance major purchases such as automobiles and homes, as well as providing relatively high yields on deposits. Because credit unions are not-for-profit, any surplus of revenue over expenses is used to improve yields on deposits, to improve services for members, and to lower interest rates on loans. That virtuous cycle explains why 113 million Americans have chosen to rely on Congress’ formula for credit unions.

Credit unions are owned by consumers. This means that imposing a tax would be tantamount to double taxation — once by taxing its membership, and again by taxing the interest paid to its members.

Bank lobbyists say that credit unions do not pay enough federal taxes. That’s not so, according to the Credit Union National Association, whose members paid $17 billion in state and local taxes — a remarkable total for an industry intended to be not-for-profit and tax-exempt.

While the Office of Management and Budget estimates the “cost” to the government for the credit union tax status to be $1.7 billion in 2018, that figure is overwhelmed by the $15 billion in consumer benefits that flow to consumers from the lower interest on loans and higher interest on deposits that credit union members receive compared to banks. The divergence in interest rates between credit unions and banks is an indisputable matter of public record.

Perhaps most important, credit unions are setting the high standard for consumer treatment that banks should be emulating. Credit unions regularly score high in consumer satisfaction compared to large banks. That validates Congress’ formula for the credit union industry. Maybe Congress should order banks to learn from credit unions’ customer treatment instead of whining about credit union’s tax status.

I am not persuaded that large banks are in financial need or require congressional help to increase taxes on consumers. Banks need the competition, and consumers deserve more choices.