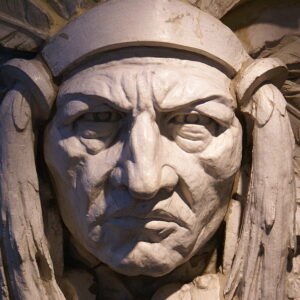 Lisa landed in the hospital twice in two months and couldn’t work. Abigail and her children evacuated after a hurricane with little idea of where to go or how to pay for it. Leia needed help with her bills when her paycheck didn’t process on time.

These three women found themselves in a financial emergency and needed access to cash — fast. They didn’t have time for credit card approvals. Leia said she “stayed up all night crying” because she didn’t think her credit was good enough to secure a loan. They each found light in their financial darkness through tribal lending: Short-term, small-dollar loans made available by Native American tribes and companies they control.

These loans are derided by their critics as predatory because of high-interest rates and the potential for customers to end up in a cycle of repeat borrowing with five or more loans per year, according to the Center for Responsible Lending.

But industry advocates and many borrowers themselves say small loans are a quick infusion of funds for people who cannot qualify for traditional loans or who need to borrow amounts smaller than what traditional lenders offer.

“If they could take out a loan at the local bank, that’s what they would do,” said Brendan Johnson, former U.S. Attorney for the District of South Dakota who now advises Native American tribes on federal law regarding lending. “The problem is, no one wants to lend them money.”

Payday loans have been a particular target of progressive politicians like Sen. Elizabeth Warren (D-Mass.) who want more government regulation of the industry and more restrictions on the lending rules. These rules might rein in an industry the progressive Center for American Progress says typically targets low-income borrowers and people of color. But the typical borrower of tribal and other online loans fit a different profile.

So the markets are different, even if the proposed federal regulation would hit both sectors.

Several states have gone after tribal lending companies by using regulatory actions targeting so-called “payday loans.” Tribal advocates reject the payday loan comparison. They offer “installment” loans that have definite loan terms and require payments that go toward the loan principal and interest, according to the Native American Financial Services Association (NAFSA). “Installment loans help deter the cycle of debt perpetuated by multiple, unchecked rollovers,” they said in a statement.

The tribes use profits from these loans to fund government services and programs for their members, as well as to “augment ever-dwindling federal grant program funding,” according to the association website. This further strengthens tribal sovereignty.

Lending also gives tribes an alternative to gaming as a source of revenue and jobs. As deep-pocketed players like Draft Kings get into the game — literally — tribes and their members need more economic opportunities.

There are 574 federally recognized Native American tribes. Since being given permission from Congress under the 1988 Indian Gaming Regulatory Act to conduct gaming activities, many tribes have pursued this as a major part of their economic strategy. Now some want to diversify.

“As tribes look to diversify their economic portfolios, many of them face a major hurdle: since many tribes’ reservations are geographically isolated and far from urban population centers, traditional forms of commerce don’t provide the necessary level of economic activity and opportunity,” said Andrew Duke, executive director of the Online Lenders Association. “As an e-commerce line of business, online lending has become a lifeline and a prime revenue generator. In addition to generating revenues essential to fund their governments, these businesses also create employment and other opportunities for Tribal members.”

The United States government recognizes the right of American Indian and Alaskan Native tribes to govern themselves under tribal sovereignty. With few exceptions, the tribes have powers similar to federal and state governments to control their internal affairs. But while tribes must comply with federal laws, state laws do not apply to them. For e-commerce activities such as lending, this exempts tribes from rate caps that some state states have placed on short-term, small-dollar loans.

Activist attorneys have filed a flurry of lawsuits against native tribes over their lending businesses, suits that undermine tribal sovereignty. The suits have a similar theme: the lending companies aren’t really owned by the tribes but are operating under a “rent-a-tribe” scheme to shield lenders from state laws. One such case in Illinois accused the online tribal lender of violating the Predatory Loan Prevention Act of 2021 by charging nearly 700 percent interest on loans.

This concept of “rent-a-tribe” has a whiff of racism, according to Adam Crepelle, director of the Tribal Law and Economics Program and assistant professor of law at the Antonin Scalia Law School at George Mason University, falling back on the derogatory image of Native Americans as simpletons unable to engage in complex e-commerce and needing protection.

In a 2021 paper examining the stereotypes that undermine tribal sovereignty, Crepelle included a telling quote from a Seattle Times article on the resumption of whaling activities by the Makah tribe. “Wake up in your teepee, put on your buffalo skin, paddle out in your canoe, and stick it with a wooden harpoon. Until then, spare us the ‘spiritual existence’ nonsense,” the quote read.

Crepelle said this stereotype persists despite an increasing sophistication among tribes, which includes creating regulatory bodies to oversee e-commerce activities.

“Tribes continue to fight to protect their rights today,” according to NAFSA.

What’s more, according to Crepelle, physical storefronts or infrastructure for traditional commerce involves obtaining leases from the U.S. government for land use.

“This causes a lot of problems for economic development,” Crepelle said.

With state efforts falling short of reining in tribal activities, activists have turned to federal lawmakers. Last year, Senate Democrats reintroduced a 2006 bill that would cap all consumer loans at 36 percent, despite analysis from the National Bureau of Economic Research indicating that such rates limit access to credit to those who need it most. Lenders need to charge at least 140 percent APR to break even on small-dollar loans, according to the Bank Policy Institute, which also said looking at annual rates is a poor way to analyze fees on short-term loans.

“The APR is a flawed, outdated measure of the cost of short-term credit that leads many cash-strapped consumers to misunderstand available options. Worse, by distorting the policy debate, the APR leads politicians at both the federal and state level to propose banning these options at the expense of borrowers in poverty.

“As an example of the APR’s distortion, consider a two-week $200 consumer loan with a $40 interest charge. This loan has a 20 percent interest rate if paid back within its duration. But if this loan is extended a full year, which rarely if ever happens, the annual interest rate would be 520 percent. Yet federal law mandates that 520 percent be disclosed as the official rate of interest for this loan. As the great economist Thomas Sowell points out, ‘Using this kind of reasoning—or lack of reasoning—you could … say a hotel room rents for $36,000 a year, [but] few people stay in a hotel room all year.’

“For the sake of those who truly need short-term small-dollar credit, policymakers should not let the distortion of the APR inform the debate.”

Meanwhile, tribal leaders continue to fight against what they see as an assault on their sovereignty and the economic future of their members. Indian Country Today reporter Mark Trahant, in an interview with NPR, commented that tribes are often the largest employers in their region.

“It just creates jobs that didn’t exist a decade ago,” Trahant said.