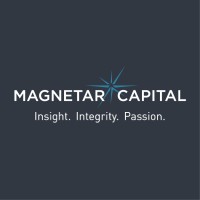 Magnetars, NASA explains, are neutron stars “known to erupt without warning, some for hours and others for months, before dimming and disappearing again.”

Critics of Chicago-based Magnetar Capital consider the description eerily apt. After blazing its way through the financial crisis that induced the Great Recession it helped trigger — and then dodging charges by the Securities and Exchange Commission (SEC) — the hedge fund has resurfaced, this time as a “patent troll” hounding some of the biggest companies in technology with what are widely considered nuisance lawsuits.

And with a new complaint filed with the U.S. International Trade Commission earlier this month, the troll is trying to block 90 percent of all smartphones and tablets from the U.S. market.

Co-founded in 2006 by Alec Litowitz and Ross Laser, Magnetar claims to embrace “an experimental mentality” that delivers “novel structures” for its investors.

Now, the firm has taken a new tack on its experimental mentality. Corporate documents show the firm is using two mysterious Irish shell corporations as vehicles for the patent trolling, a practice widely considered harmful to economic innovation.

The firm’s creativity has previously led to controversy. As a January 2008 exposé by The Wall Street Journal revealed, Magnetar was the “common link” behind many “of the mortgage securities that collapsed in recent months.” Over the half-decade that followed, the hedge fund faced mounting scrutiny from journalists and federal regulators.

In April 2010, a lengthy probe by ProPublica concluded that Magnetar reaped “outsized returns in the year the financial crisis began” by placing “bets that portions of its own deals would fail.”

Reporters Jesse Eisinger and Jake Bernstein revealed that the firm even maneuvered to “enhance the chances” that its own collateralized debt obligations (CDOs) — structured securities backed by mortgage loans — would implode. But there would be massive profit in failure, thanks to Magnetar’s purchase of credit default swaps, “which function as a kind of insurance on CDOs and other types of bonds.”

Oxford University Press’s After the Great Complacence: Financial Crisis and the Politics of Reform summarized how Magnetar and its ilk were able to exploit the housing bubble: “Many hedge funds realized that the loans and securities that went into CDOs were extremely toxic and they designed structures to exploit this situation…  Because banks had to sell the lower tranches before they could structure the CDOs, hedge funds used their power and influence as the default buyers of these tranches to insist on ‘more risk’ for higher returns; that is, they demanded that riskier loans… be put into the structure.

“Magnetar then bought the lower rated tranches of these CDOs which yielded something in the region of 20 per cent annual returns… and used them to short positions on the whole structure, knowing that if the… securities defaulted, it was very likely that the whole structure would default…  In many ways it was the perfect hedge — if the boom continued they would receive modest returns from the 20 per cent interest on their lower rated tranches minus the cost of the short positions; if the whole structure went bust they would receive a jackpot win from the credit default swaps.”

A “fraud action” brought by the SEC against J.P. Morgan Securities in 2011 offers an illustrative example of one Magnetar deal. Four years earlier, the bank “structured and marketed” Squared CDO 2007-1, and represented that the financial product’s portfolio was chosen by GSCP L.P., “a registered investment adviser with experience analyzing credit risk in CDOs.”

Undisclosed, the SEC asserted, “and unbeknownst to investors,” was the fact that Magnetar, “with economic interests adverse to investors… played a significant role in the portfolio selection process.” An email written by a J.P. Morgan Securities salesperson provided particularly damning confirmation that the hedge fund knew exactly what it was doing, and why: “We all know [Magnetar] wants to print as many deals as possible before everything completely falls apart.”

ProPublica conceded that there was “nothing illegal” in Magnetar’s CDO shenanigans — a conclusion reached by the SEC a few years later.

In August 2013, The Wall Street Journal reported that after investigating for “more than a year,” federal financial regulators chose not to pursue any action against the hedge fund. At issue was “a $1.5 billion CDO called Norma CDO I that was created by Merrill Lynch.”

The SEC explored “whether Magnetar’s influence over the deal might have been so powerful that the firm effectively took over the role of collateral manager, giving Magnetar a legal duty to investors.” The agency’s top brass decided that there was not “sufficient evidence to file civil enforcement charges.” Critics have long charged that the U.S. government failed to sufficiently pursue the firms and executives behind the crisis.

In the years that followed Magnetar kept a low profile. But in 2017, it agreed to an interview with in The Wall Street Journal. The angle was the firm’s embrace of “quantitative trading” — a “systematized, algorithmic approach to investing.” But Magnetar’s baggage wasn’t entirely ignored.

Litowitz described the media and SEC attention as “not my favorite period, but probably partly our responsibility a little bit, having not done the greatest job of articulating what we did.” The Journal revealed that Magnetar was “pouring tens of millions of dollars annually into researching new techniques for investing.”

Evidently, one of the possibilities its researchers determined could be profitable was patent trolling.

According to corporate records, Magnetar has a Cayman Islands-based subsidiary that controls an Irish shell corporation, Realta Investments, which in turn owns 95 percent of Neodrón Limited, also headquartered on the Emerald Isle. Immediately after its acquisition in December 2018, the company began to put some of the biggest names in tech in its crosshairs, claiming that they violated patents in Neodrón’s possession.

Last June, the USITC began an “investigation of certain touch-controlled mobile devices, computers, and components thereof,” to determine if “violations of section 337 of the Tariff Act of 1930” had been committed by Amazon, Dell, HP, Lenovo, Microsoft, Motorola, and Samsung. The new complaint this month adds Apple, Asus, LG, and Sony to the list.

As Consumer Action for a Strong Economy’s Gerard Scimeca noted, “Neodrón didn’t actually invent anything or create new products or technological advances,” but bought patents, then “yelled ‘infringement’ and asked the ITC to ban the products in the hopes of getting a big settlement.”

Wayne Brough, of the Innovation Defense Foundation, concurs: “Neodron is a good example of what is called a non-practicing entity (NPE), a company that does not use patents… in the manufacture of products. … Rather, NPEs buy up patents strictly for the purpose of filing lawsuits to extract settlements and collect licensing fees from those that do produce goods and services.”

Joshua Landau, patent counsel for the Computer & Communications Industry Association, explained that the USITC scheme is an attempt to keep “products out of the U.S. until the companies in question pay whatever Neodrón asks them to pay. It doesn’t matter that the touchscreen patents, if infringed, would only represent a small portion of the value of the product, or that the products might incorporate hundreds of thousands of patents.

“Neodrón could effectively ask for as much as the entire profit the companies make on the device, far more than the value of their technology.”

There is consensus across the ideological spectrum holding patent trolls in disdain —from Barack Obama’s assertion that NPEs are “just trying to essentially leverage and hijack somebody else’s idea and see if they can extort some money out of them” to a National Bureau of Economic Research paper’s finding that “NPE litigation has a real negative impact on innovation at targeted firms.”

Magnetar’s trolling of tech behemoths is a risky, and controversial, strategy. But the record shows that in the hedge fund’s “creative” pursuit of profit, popularity isn’t necessarily a priority.