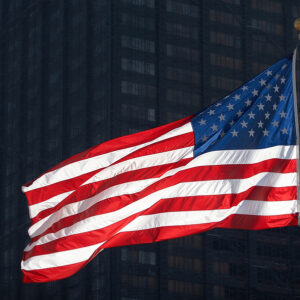 Deglobalization, an Idea Whose Time Has Come

For the last two decades, America’s political and economic elite have talked eagerly of “globalization.” But now the tide has turned. Suddenly, everybody is talking about “deglobalization.”

Deglobalization means focusing on making things here at home in America. It means reducing our dependence on hostile powers such as China for strategic goods. It means not relying on dirty, polluting, unreliable, overpriced ocean vessels to transport every screw, nut and kitchen appliance across 6,000 miles of ocean before we buy it. Most of all, it means investing in the industries that create good jobs at home, for American workers and their families.

For years, politicians promised that globalization would make America rich, provide cheap imports and lead to democracy overseas. Economists claimed that Americans would “move up” the economic food chain and into high-tech jobs. And they pledged this even as millions of Americans in the heartland lost factory jobs — and could find only alternative part-time work in big box stores and restaurants.

First, the COVID pandemic left Americans scrambling for personal protective equipment, drugs and ventilators. Hospitals had to ration masks and gloves. Doctors and nurses were forced to operate with used equipment. This happened in the nation with the world’s largest, most sophisticated healthcare system.

Second, after the United States began to emerge from the pandemic, we found that global supply chains were so screwed up that car companies could not get parts — and had to lay off workers. Parents couldn’t find holiday gifts for their kids. Just when we thought the snafus were ending, Shanghai went into partial lockdown, setting off a new wave of supply chain problems.

And third, Russia invaded Ukraine. Now the world faces new shortages and price hikes for three vital commodities: oil, natural gas and wheat. We have yet to see how long this disruption in energy and food markets will persist.

In the wake of these disruptions, leading figures on Wall Street are suddenly speaking out — and calling for deglobalization. Influential investor Howard Marks of Oaktree Capital Management observed that, after 30 years, the “pendulum of globalization” is now swinging in the other direction — toward onshoring and greater national self-sufficiency.

Marks recognizes that offshoring has “led to the elimination of millions of U.S. jobs and the hollowing out of the manufacturing regions and middle class of our country.” He hopes that reshoring will “increase the competitiveness of onshore producers and the number of domestic manufacturing jobs, and create investment opportunities in the transition.”

Two other Wall Street bigwigs have also recognized the trend to deglobalization. BlackRock chairman Larry Fink sees the beginning of a new phase of what he calls “deglobalization, inflation and the energy transition.” And currency expert Stephen Jen said of globalization: “Many workers in the developed world suffered and their suffering was for a while silenced by the bribe that these affected workers would have access to cheap imported goods financed by cheap loans. … This was never sustainable … and I blamed the Davos crowd.”

Meanwhile in Washington, members of Congress on both sides of the aisle have been calling for a reversal of globalization. Sen. Marco Rubio, R-Fla., labeled globalization a disaster, and observed that “lower prices alone can never make up for the fact that you lost the stability and dignity that comes from a good-paying job.”

Globalization is regression to a global mean. In other words, it drives down U.S. wages, toward the global mean wage. By a strange feat of mass hypnosis, America’s leaders persuaded themselves that we could transfer millions of U.S. jobs to nations where workers get paid $3 an hour — but not see U.S. wages fall. And all of this would come with “efficiency gains” and other mystical phrases.

As the pendulum now swings back toward deglobalization, Washington must overcome a multinational mentality favored by the corporate elite. A renewed emphasis on national self-sufficiency and higher-wage jobs is the only certain means to ensure America’s future prosperity.

Jeff Ferry is chief economist at the Coalition for a Prosperous America. He wrote this for InsideSources.com.