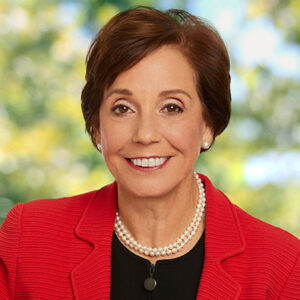 Does Coke, Disney Director Speak Up in Boardroom on China?

A top director for two of America’s top multinational corporations, which have extensive operations in China, fled Fidel Castro’s revolution as a child and her family lost everything.

So how outspoken is she with her companies about the evils of communism?

As an 11-year-old, her biographical history says, Maria Elena (“Mel”) Lagomasino fled with her parents and siblings from Cuba as Castro’s forces surged into power in 1960. According to a Financial Times interview, her parents lost their tobacco business — including two of the nation’s most famous cigar brands — to nationalization of the industry under Castro’s socialism.

From there, “Mel” was raised in Connecticut. She progressed through college, and then was employed by large New York banks to build an impressive leadership career in finance. But she tells people she never forgot the trauma of her youth, fleeing her home and her country from the evils of communism.

“We came with one suitcase as if we were going on a week’s trip. Everything else got left behind. … We lost everything,” she told Directors & Boards in 2001, when she served as chairman and CEO of JP Morgan Private Bank.

On her LinkedIn profile, she wrote, “I … witnessed great pain in friends and loved ones when everything they owned was taken from them. These core values have been integral parts of each and every decision I’ve made throughout my career and personal life.”

Lagomasino’s career path took her through finance powerhouses Citibank, Chase Manhattan and JP Morgan. Now she is founder, CEO and managing partner of WE Family Offices, a financial advisory firm that manages assets for “ultra-high-net-worth families,” according to Investment News.

“She’s totally dedicated to the clients. She loves her clients, she worries about them, she worries for them, and their needs come first for her,” said Marlene Hess, chair of International Women’s Health Coalition, in 2018.

Today Lagomasino is also the second-longest serving director for the Walt Disney Co., and is the lead independent director for the Coca-Cola Co. Both corporations have extensive operations in China, and in order to access that expansive market, both have shown troubling obeisance to its communist government.

Disney is under fire recently for its opposition to Florida’s recently passed Parental Rights in Education law. But supporters of the legislation have pointed out “woke” Disney’s hypocrisy in attacking Florida while the company looks the other way when it comes to China’s human rights atrocities.

One wonders: Has the Cuban refugee Lagomasino had anything to say in the boardroom about Disney’s genuflection to communists?

Likewise, Coca-Cola has a China hypocrisy problem. A year ago CEO James Quincey caved to progressive political activists and announced about Georgia’s election integrity law, “I want to be crystal clear. The Coca-Cola Company does not support this legislation, as it makes it harder for people to vote, not easier.”

Last year it was discovered also, under Quincey’s leadership, that Coca-Cola had imposed racial diversity training for its employees.

That’s hard for many Americans to swallow when the soft-drink maker’s desperate subservience to Chinese overlords is also a priority.

Quincey has continued Coca-Cola’s aggressive expansion in the communist nation. He and his predecessor signed over rights to state-owned COFCO Co. for half of its bottling factories in the country — at least one of which operates in the region of Xinjiang, where the oppressive government has forced millions of Muslim-minority Uyghurs into slave labor operations and concentration camps. A report issued in March 2020 by the Congressional-Executive Commission on China found that Coca-Cola was “suspected of ties to forced labor in Xinjiang.”

Does Lagomasino — who again, is Coke’s top independent director — bring to bear her traumatic childhood experience, when corporate decision-making about operations in China is considered?

She writes of her work with WE Family Offices, “We view our clients’ private capital (‘significant wealth’) as something to be respected, nurtured and protected, not exploited for fees and profits — and we believe it can be a force for good, whether in their own lives, or in the world at large.”

Lagomasino should take a similar approach in her influential leadership roles at Disney and Coca-Cola.

Paul Chesser is director of the Corporate Integrity Project for National Legal and Policy Center. He wrote this for InsideSources.com.